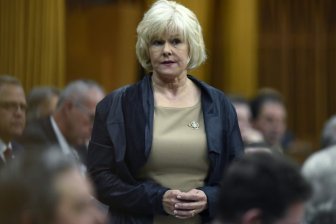 The city of Victoria will spend nearly $ 73,000 to continue funding police officers who assist in patrolling the city’s statute camps.

Since the fall, the city has been funding two civil servants for four hours a day, seven days a week in a supporting role for the employees of the statutes. The new funding, which does not come from the existing police budget, will extend this support until March 31, when the city seeks enough housing for the parks to be decamped.

The Community Care Tent has now been set up in Victoria

Victoria Police Chief Del Manak brought the funding appeal to the council on Thursday, claiming that the statutes are increasingly being threatened by officials.

The council heard that there are several parks that do not support the statutes.


2:16New care tent for the homeless in Victoria not supported by everyone

New care tent for the homeless in Victoria not supported by everyone – Jan 25, 2021

“They are challenged by people who are confrontational and aggressive and look them in the face,” Manak told Global News on Friday.

Manak says cases of conflict have increased and police have been salvaging weapons from replica guns to a baseball bat that had razor blades and nails embedded in it from the camps.

This presents a threatening environment for the employees of the statutes, whose job it is to both check the well-being of the campers and to enforce safety instructions regarding fire hazards.

If the statutes can’t do this job, then other city workers, from park staff to plumbing, can’t do theirs either.

“It actually has a trickle-down effect,” he said.

“Bylaws people must be able to do their jobs. They must be effective in what they do.”

2:08Victoria is considering free bus tickets for the homeless in the city

Ben Isitt, the only Victoria City Councilor to vote against the funding, asked Manak why the police couldn’t simply assist the statutes officials as needed.

Manak said that police resources were already depleted and that a legal call for help every time there was a problem would leave them idle and wait while the police responded.

“In a world where we had unlimited resources, I was able to support this,” Isitt said, arguing that the city, province and federal government had already allocated significant funding to the homelessness issue.

“I think it is preferable if the statutes are able to go to the police when necessary, rather than routinely.”

The council voted eight to one to support the additional funding.

– With files from Kylie Stanton