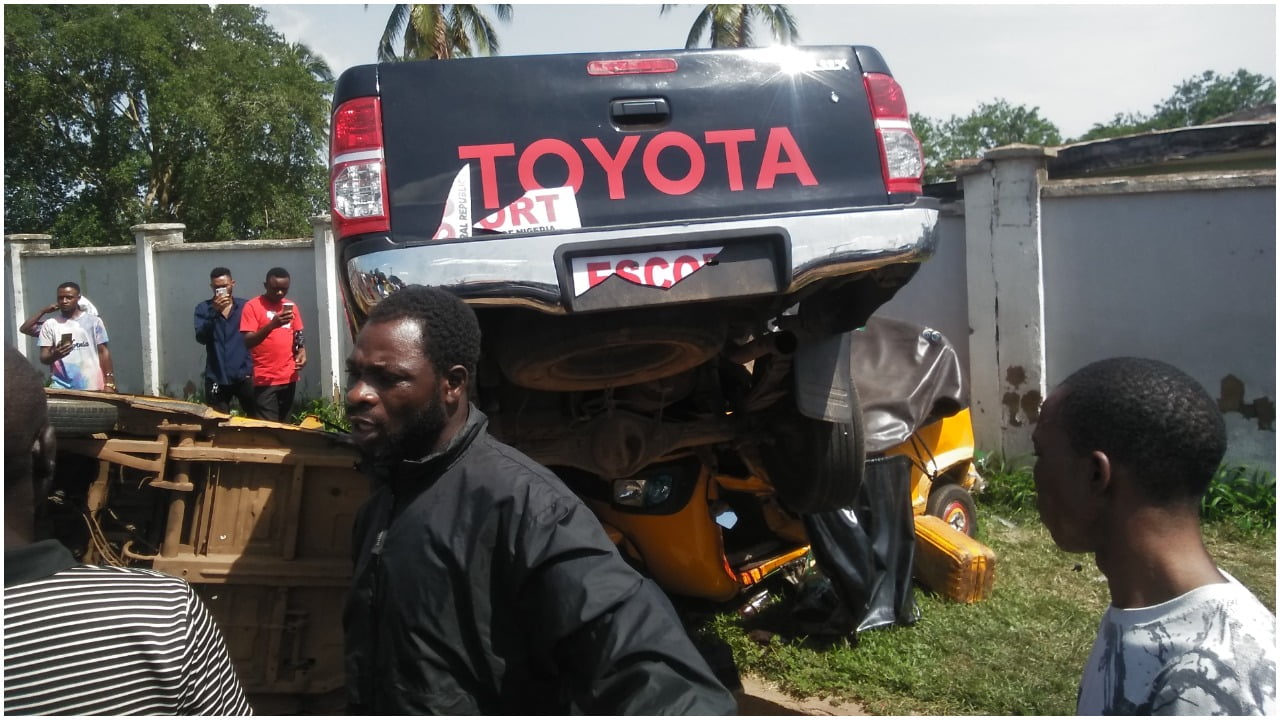 In a multiple accident involving two escort vehicles and three commercial “Keke napep” on Monday in Ilorin, the capital of the state of Kwara, two people were crushed to death and others were seriously injured.

The accident happened around 10 a.m. around the Ministry of Agriculture’s roundabout when the two private escort vehicles, which were supposedly traveling at top speed, ran into the three tricycles on the Ministry’s facade.

One of the escort cars crashed into the roundabout while the second crashed the three tricycles, killing two people on the spot

Our correspondent, who was there, reports that the timely intervention of some citizens saved the life of one of the escort drivers.

He was prevented from being lynched by an angry mob, including Keke napep vans that had mobilized their members to the scene of the accident.

State Police Command security forces arrived at the scene at 11:21 a.m. and shot tear gas to disperse the angry crowd that had blocked traffic between Zango-Kulende and Maraba Street.

Blood stains were found on the damaged tricycles that were crushed by the escort vehicles.

The spokesman for the state police command, Mr. Okasanmi Ajayi, said when contacted by phone at 11 a.m. that he was on his way to the crime scene.

At 11.50 a.m., however, the police at the scene of the crime were still fighting to restore peace and order.