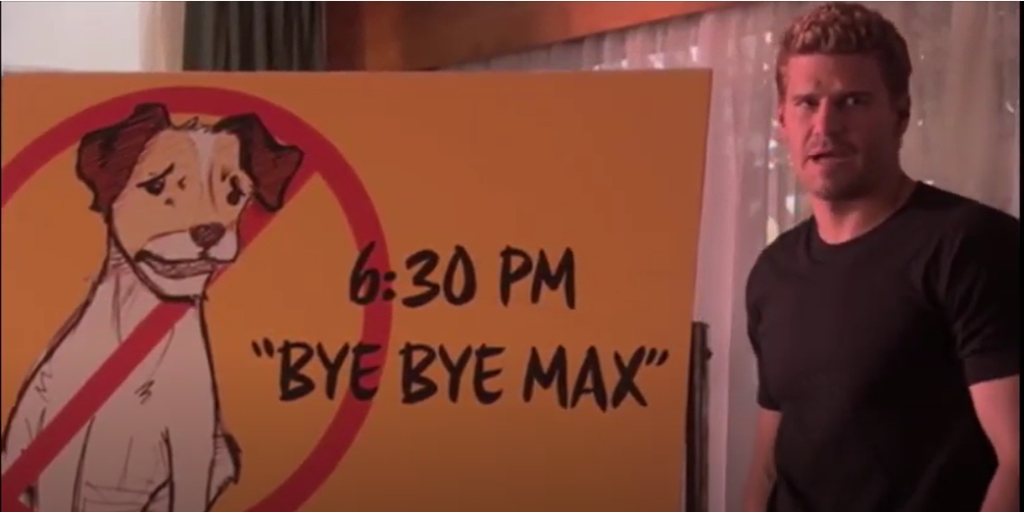 Just when America’s favorite Meg Ryan threw her rom-com fans for a ribbon with graphic sex scenes in In The Cut, the dog cutie Uggie tried her hand at a similar rate in Darin Ferriola’s Mr. Fix It. He re-introduces himself to the audience not as man’s best friend, but as man’s best friend.

In this 2006 film, David Boreanaz plays Lance Valenteen, a would-be racing driver whose sideline is tearing down the plot of My Best Friend’s Girl repeatedly.

However, neither Dane Cook nor Jason Biggs could ever conjure up the essence of Boreanaz in this pose.

This rom-com comes to its peak when romantic comedies involved acts of fucking the heads of their main cast, as well as Failure to Launch, How to Lose a Guy in 10 Days, and Good Luck Chuck. And in Lance’s case, he’s got a mind-fucking budget enough to hire a graphic designer to illustrate Uggie for this presentation on helping Pat Healy get his ex-girlfriend back.

Uggie delivers another breathtaking performance and unlike most actors who do graphic sex scenes in a movie, he still has a career after that.

In Episode 5, Joey Moser and I discuss the need for animal sex intimacy coordinators in movies, the scene David Boreanaz is likely to want to remove from his resume, and what watching Uggie’s filmography taught us about how politically incorrect movies were in the middle – laughs.