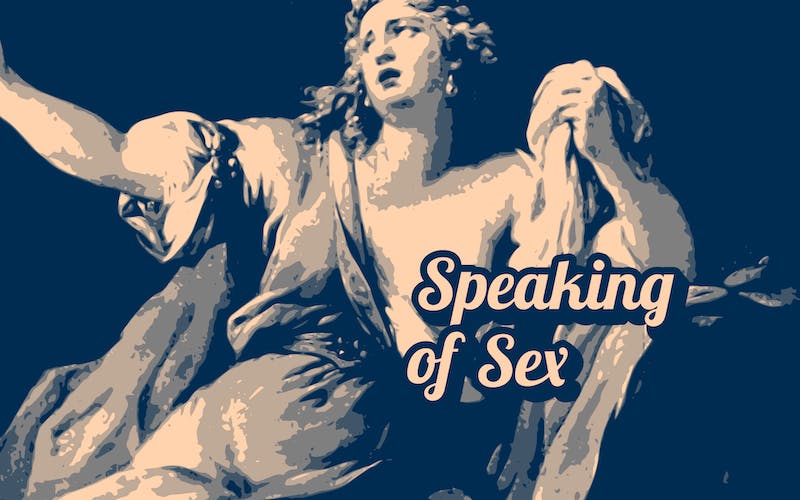 SPEAKING OF SEX: Can ladies have a number of orgasms?

“Can women really have multiple orgasms? “Really?” How? Seems wrong. “

The female orgasm has historically been an elusive part of female sexuality. It has evolved from total denial of its existence to treatment by doctors for excessive female sexual desire – also known as hysteria – and has become stigmatized in today’s society.

Psychology Today suggests that the orgasm gap is for a variety of reasons, including a double standard in attitudes towards sex for men versus women, as well as a lack of knowledge about women’s orgasms and a lack of pleasure-based sex education.

Dr. Debby Herbenick, professor of human sexuality at the School of Public Health, is one of the many sex professionals working to dispel sexuality myths and fill the orgasm gap through education.

“I think sexuality is rarely talked about in a real, authentic way,” said Herbenick. “Taking a human sexuality course can help people get fact-based information about sex, including orgasm, and most importantly, it can help make students more comfortable talking about sexuality issues.”

Although a penile orgasm has preceded a vaginal orgasm for centuries, Herbenick said the two are remarkably similar.

“Everyone actually starts out with the same types of ‘parts’ related to genital tissue. They just get organized differently as fetuses develop,” Herbenick said. “And of course we all have nerves and brains. Even so, every body is a bit different, which is pretty fascinating. “

“Multiple orgasms refer to more than one orgasm, generally with continued stimulation – although that doesn’t necessarily mean people can and must take” breaks “between orgasms right after the other,” Herbenick said. “People with penises rarely have multiple orgasms, but for some it is possible.”

This is because people with penises have a refractory period, which is the time between ejaculating and being able to ejaculate again, Herbenick said. This period is often shorter at a young age.

Due to the lack of pleasure-based sex education, many people with a vagina fear that they will not be able to achieve orgasm. While it is typical for vaginal orgasms to take longer to complete than penile orgasms, most people can reach orgasm, Herbenick said.

When it comes to cisgender women, Herbenick says it is common to take the time to learn how to orgasm, and it’s not uncommon for them to continue studying into their 20s.

“I encourage people to explore their bodies on their own and focus on pleasure rather than orgasm,” said Herbenick. “Orgasm is easiest when a person feels sexually aroused or aroused, open to pleasure, and with the time, space, and relaxation to explore those pleasures.”

Whether through individual, group, or partner stimulation, orgasms, and sexual pleasure – especially for people with vaginas – is normal, valid, and good for you. Hopefully, by educating ourselves, we can close the orgasm gap and change the narrative that vaginal orgasms are less important than penile orgasms.

Speaking of sex will be an affirmative, non-judgmental space that explores a variety of topics related to gender and sexuality, such as: B. physical normalization, pleasure-oriented sex, healthy boundaries, consent, and alternative relationships. You can submit questions via email to speakofsex@ids.com or anonymously using this form.

Editor’s Note: The advice offered is for informational purposes only and may not apply to all. This column is not a substitute for professional advice.

Taylor Harmon is a sophomore studying Sex, Gender and Reproductive Health with a minor in Theater and Theater.