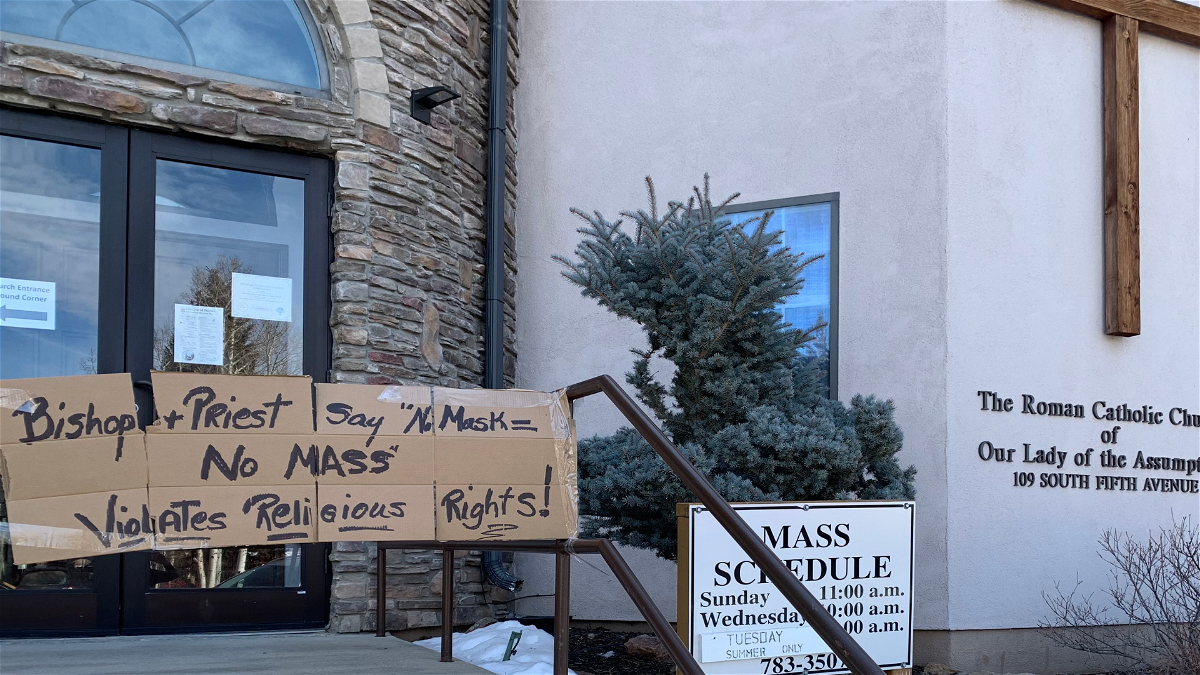 Witnesses said it happened in Custer County and their religious freedom was violated.

On Monday, a sign was posted on the steps that led to the doors of the Catholic Church of Our Lady of the Assumption in Westcliffe. It was issued by parishioners after a tremor at Sunday mass.

“There would be no mass if we had people who refused to wear masks,” said Carol Kennedy, who was at mass that Sunday. She said this was told to the congregation by church officials before two armed security forces stepped in and asked someone to leave.

Fred Hernandez said he was right next to the person who was asked to leave.

“They told him to put the mask on and he said, ‘Why? Who are you?’ And they said, “We are security,” and at that point he realized there was going to be a problem. Very wisely, he said, please let’s go outside, “said Hernandez. He and others said they couldn’t believe what they saw.

“That was wrong,” said Hernandez. “That was completely wrong, very badly handled and there is absolutely no excuse for it.”

“It is inappropriate for people to be led out of church by armed security guards for not wearing a mask,” said Kennedy.

The security guards were hired by former Pueblo County Sheriff Dan Corsentino, who runs a security company and provides services to the Pueblo Diocese. He said his company had received a call from diocese leaders the week before that too many people in Westcliffe Church were not wearing masks. Something church leaders had warned the congregation about.

“Then that was not followed,” said Corsentino. “Many parishioners did not follow what we were told.”

Corsentino said there was no argument, but his workers asked people to leave.

Although they were told that this was done for their safety and for those concerned about the spread of COVID-19, some community members believe it was for other motives.

“They are doing this because they are trying to follow the governor’s orders,” said Hernandez. “It’s a matter of control.”

“You are not doing it for my protection,” said Terry Napolitan, another Church member. “I am an adult. I can choose what is best for me and my family.”

Parishioners tell us that they have sent a letter to the Bishop of the Diocese of Pueblo who has implemented the new rule and is waiting for a response.