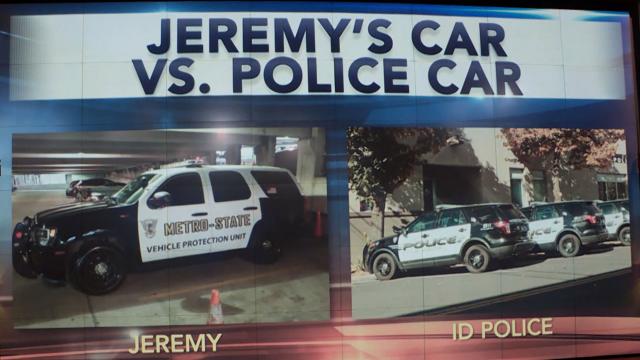 Jeremy, a funeral director in Florida, wants to prove he’s not posing as a cop. He says although he has been accused and faced up to 85 years in prison, he has gone to great lengths to ensure that his company’s uniforms and vehicles look different from law enforcement in Florida, where he lives. “Do you think the average person would be confused and think this was a police car?” Dr. Phil asks Jeremy after investigating the vehicles his company uses. Hear Jeremy’s answer in the video above. On Friday’s episode, watch Jeremy explain his conduct during a run-in with a driver while he is holding a memorial service. Do you see more from “Playing a cop … or just doing his job?” And on Monday, Jeremy is confronted by a former military policeman who says he closely followed and questioned Jeremy’s story online. Also, Jeremy asked for a polygraph to erase his name. See the results. Check the local listings to see where to tune in. TELL DR. PHIL YOUR STORY: Do you need Dr. Phil, to get real with someone? WATCH: Funeral Escort Company owner explains how his uniforms and badge differ from those worn by the police