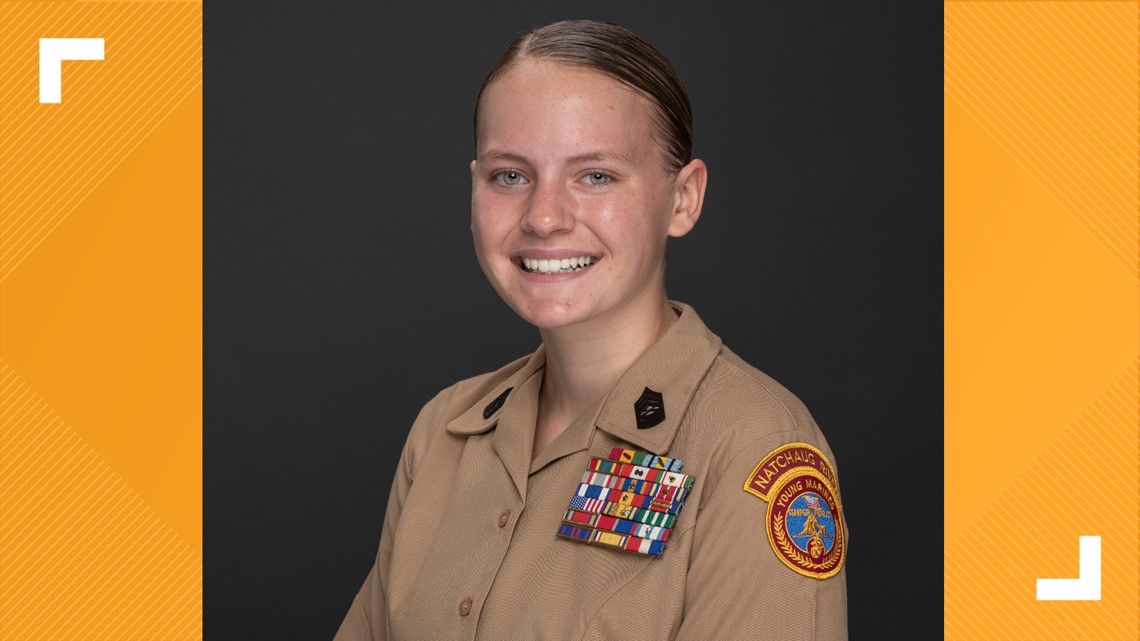 The Young Marines are a national youth organization founded in Waterbury in 1959 and now has 264 units across the country.

PLAINFIELD, Conn. – MaKayla Barstow, 15 years old, of the Moosup section in Plainfield, has received the highest award from the youth organization Young Marines, which will lead them halfway around the world.

As Division 1 Young Marine of the Year, Barstow will accompany WWII veterans on the annual Reunion of Honor trip in March 2021, which will take place in Guam and Iwo Jima. Iwo Jima Island is only open one day each year for this special gathering of Japanese and American veterans.

The Young Marines are a national youth organization that was founded right here in Connecticut. In 1959, several former Marines established an organization “reflecting the values ​​of the Marine Corps” in Waterbury to provide leadership training and other life skills. Today, the program is open to boys and girls ages eight through high school and has grown to over 264 units that focus on self-confidence, academic achievement, honoring our veterans, good citizenship, community service, and a healthy, drug-free lifestyle .

Barstow is a member of the Natchaug River Young Marines based in Danielson, Connecticut, under the command of Joseph Couture. She is a sophomore of Plainfield High School.

Barstow joined the Young Marines at the age of eight and is in her seventh year on the program. Her parents and siblings encouraged her to join as the family saw positive changes in their sister and brother as a result of their involvement in the national youth organization.

Outside of the Young Marines, Barstow received the Eastern Connecticut Conference Sportsmanship Award and made the All-Star Team for the conference. She has been a cheerleader for 10 years and was the only freshman on the Plainfield High School college basketball cheer team in 2019. She is a member of the Plainfield High School Chamber Choir and is a member of the school’s symphony and marching bands. Barstow’s sees her future in getting a degree in music education and ultimately teaching music.

“MaKayla Barstow’s rapid rise through our program is a testament to her personal drive and excellence,” said Col William P. Davis, USMC (Ret), national executive director and CEO of Young Marines. “All of our division winners demonstrate great leadership and a respect for veterans. Everyone lives the healthy, drug-free lifestyle that is a foundation of the Young Marines program.”

“The Young Marines program has given me very important tools that I will use both inside and outside the program,” said Barstow. “I’ve gained confidence as a leader and as an individual, which has helped me understand that failure is just one more step to success. The program taught me how to inspire and mentor my colleagues to become the best leaders they can be. “

Barstow will represent Division 1 in competition with five other division winners for the title of National Young Marine of the Year.