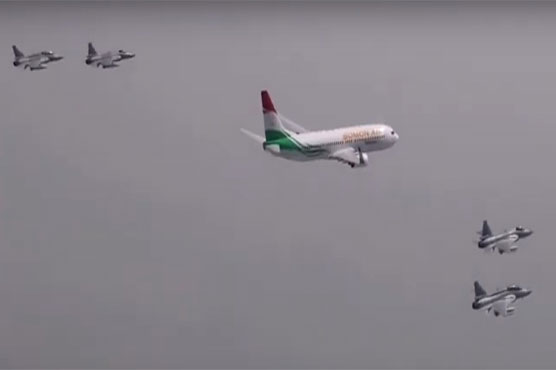 It is the unique tradition of the PAF to honor the heads of state of friendly countries.

At this point it is important to mention that it is the PAF’s unique tradition to honor the heads of state of friendly countries on their official visits to Pakistan.

Tajik President Emomali Rahmon arrived in Islamabad on Wednesday for a two-day official visit. Federal Minister for Industry and Production Khusro Bakhtiyar received President Rahmon at the Nur Khan Airbase. The Tajik President is accompanied by a high-ranking delegation.

An official welcoming ceremony in honor of President Rahmon was held at the Prime Minister’s House in Islamabad, where Prime Minister Imran Khan received the head of state.