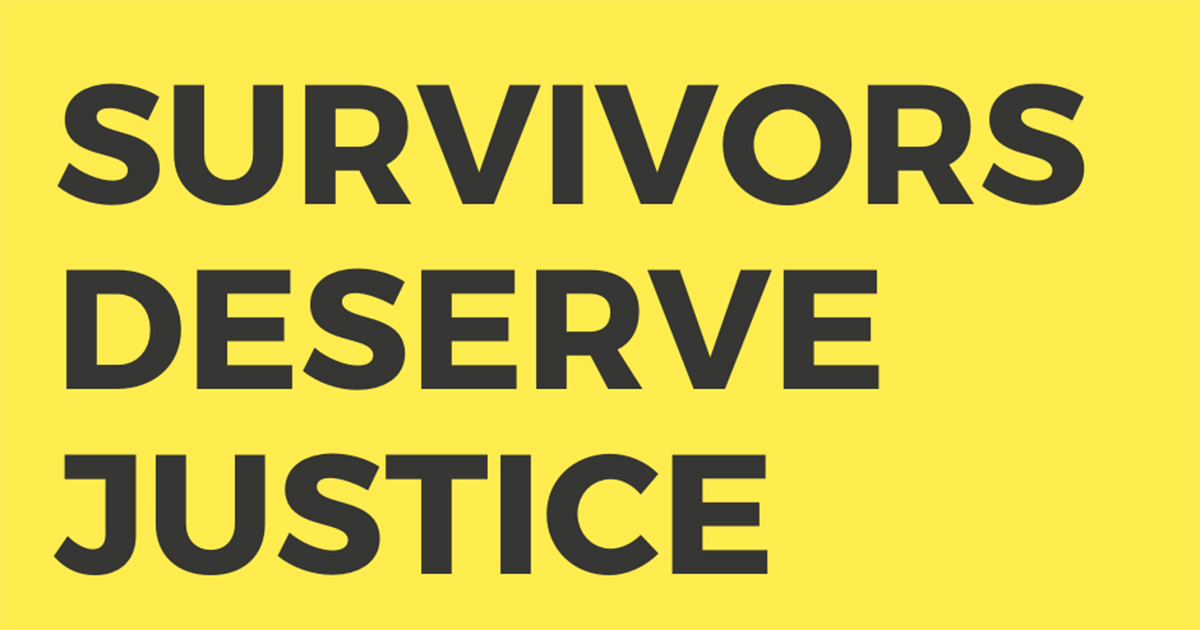 Harrisburg, Pa. – February 1, 2021 – The Pennsylvania Senate Democrats will enact laws to legally create a two year window for sexual abuse survivors to search for claims that were previously statute barred.

This legislative solution is intended to replace the constitutional amendment process that was inadvertently annulled by the Ministry of Foreign Affairs. To change the Pennsylvania Constitution, a bill must be passed in identical form in two consecutive legislative sessions. After each passage, the bill has to be promoted and after the second passage it goes to the voters for approval.

A constitutional amendment to open the two-year window to sexual abuse survivors was passed in the previous session, but the State Department did not advertise it and so the lengthy process would have to start over.

The Senate Democrats do not believe that survivors will have to wait any longer for justice. In other states, legal windows to justice have been constitutionally respected, and the caucus believes that this is acceptable and necessary here in Pennsylvania.

“This is a disappointing setback in the process of creating the window on justice,” said Senate Democratic Chairman Jay Costa, Jr. “If we continue with the constitutional amendment process, it will be at least two years before the window is created becomes.” and that’s just too long. A legislative solution can open the window immediately, and I encourage the bipartisan and bicameral support for the bill that members of our caucus will be introducing. Survivors need justice now. “

Senators Maria Collett, Katie Muth, Lindsey Williams, and Steve Santarsiero and Tim Kearney will adopt the bill immediately and have been advocates of sexual assault survivors since they were elected in 2018.

“To say I am disappointed with this setback is an understatement,” said Senator Collett. “I am devastated on behalf of the childhood sexual abuse victims in my district and throughout the Commonwealth who shared their heartbreaking stories and entrusted us with bringing them overdue justice and a path to healing. The last thing these victims need is one more delay, another light one that makes them feel that no one is caring about their pain. Regardless of our politics, religion, age or gender, we all know that the institutions whose failures resulted in the trauma of these victims must be held accountable. The legislation that my colleagues and I are introducing will correct the State Department’s mistake and bring victims one step closer to justice across Pennsylvania. “

“Legislative action is long overdue and given this recent delay, waiting another two years is simply unacceptable,” said Senator Muth. “The General Assembly must go through a legal window as soon as possible and finally allow these victims justice and healing.”

“The time for debate is long gone,” said Senator Santarsiero. “There is no need to change our state constitution. The General Assembly has the power to step outside the two-year window to give victims of child sexual abuse what they have long been looking for and what they so deserve: justice. “

“The victims can no longer wait for justice,” said Senator Williams. “We have to pass a legal window immediately.”

“We fought in the last session to reform the Pennsylvania statute of limitations and we are not going to let up now,” said Senator Kearney. “The constitutional amendment process was primarily unnecessary. Survivors have waited long enough for justice and should not have to wait another two years because of an administrative error. We have to pass this law now because belated justice is denied justice. “

On behalf of these survivors, the Senate Democrats are calling for the new law to be passed swiftly and for the governor to commit to making it a priority.

Read more about the legislation here.