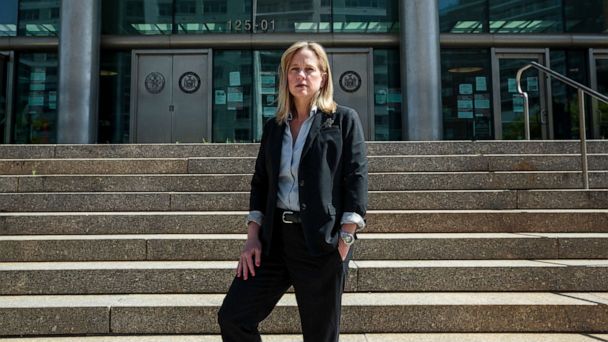 District Attorney Melinda Katz of Queens, New York, on Tuesday dismissed nearly 700 cases against those charged with loitering for the purpose of prostitution.

Loitering for the purpose of the Prostitution Act was lifted last month out of concern that too often it was targeting women, transgender people and people of color based solely on looks.

“Historical data shows that enforcement of this law was primarily aimed at arresting people based on their gender or appearance,” said Katz. “The rejection of cases related to this unfair and now repealed law frees members of our community from the collateral consequences of their arrests.”

The request came as prosecutors across the country rethink their views on prostitution. It is no longer viewed solely as a crime, but often as a result of the sex trafficking.

“Instead of prosecuting these defendants, we need to help them by connecting them to meaningful services, support options, and the tools necessary to help them safely exit the sex trade if they choose to,” said Katz.

She asked the Queens Supreme Court to dismiss:

“It’s time to decriminalize sex workers and focus our enforcement on those who are exploiting and benefiting from a broken system,” the mayor said in a statement. “We urge the state to end criminal penalties for sex workers and help us reach those in need without the need to be involved in criminal justice.”

The city plans to focus on pre-arrest models, such as offering “community-centered services to sex workers without making an arrest as a condition of reception,” rather than providing post-arrest services, as is the current model.

“We applaud the mayor – and especially the black, brown, and trans activists who have worked tirelessly for years to decriminalize sex work – for announcing this proposal,” said Zil Goldstein, assistant director of medicine for transgender and non-binary health at Callen-Lorde Community Health Center said in a statement. “The best way to promote the health and wellbeing of sex workers is to protect them from harassment and unjustified detention.”