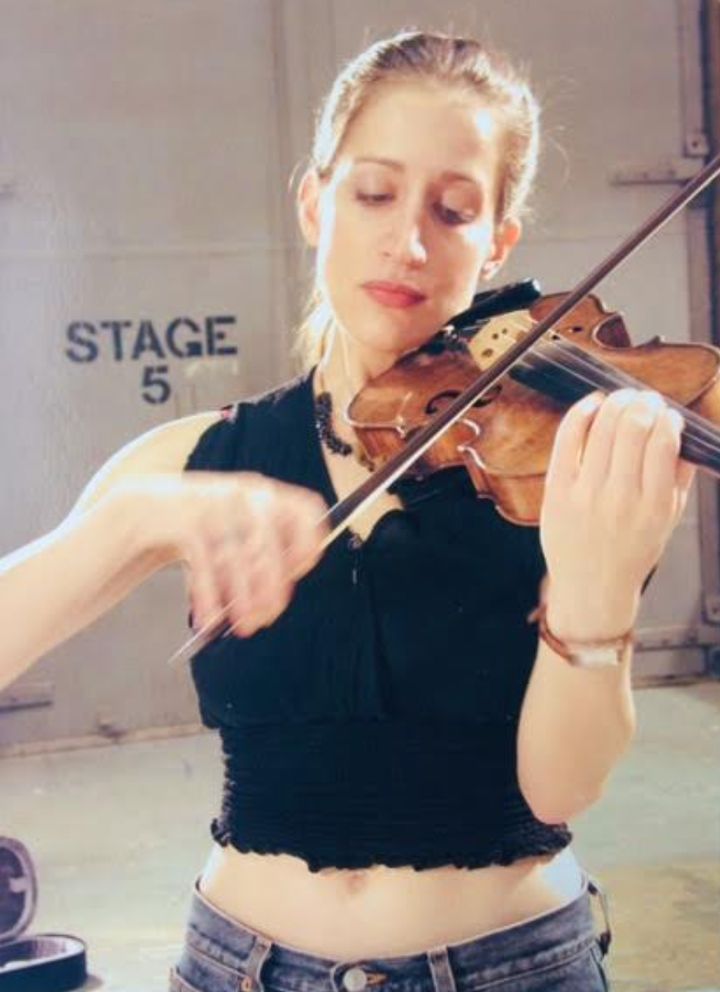 My Time Working On ‘Intercourse And The Metropolis’ Drove Me To Depart The Business. This is Why.

“He almost hit that woman!” called out my 11 year old daughter Daisy and pointed at the screen.

A friend sent me a video after reading my essay on the toxic behind-the-scenes experiences I had while working on Sex and the City. Now I saw the clip in knowing horror when director David O. Russell yelled at and cursed Lily Tomlin in front of the crew on the set of “I Heart Huckabees”. A woman who looked like a gaffer crouched in a squat position on the floor. Russell threw items off a desk and shielded her face with her hands to avoid getting hit. Nobody in the video asked if she was okay or if he was trying to stop his tirade.

“I gave up my career because of that,” I said to Daisy, even though I didn’t want her to know that sometimes we have to walk away from what we love out of fear.

I thought back to season 4, episode 2 of “Sex and the City” when Charlotte, played by Kristin Davis, visited her gynecologist. As Davis’ deputy – a person who resembles the star and is hired to be on set while the crew adjusts the lights and scene – I had to spread my legs in one set of stirrups and hold the position until everything was ready film. My job required that I remain quiet and compliant while working. I did as I was told, as I had done for years when I was working on the show.


The writer with Kristin Davis on the set of “Sex and the City”.

When the director and stars went to a meeting, a member of the crew taped my feet to the stirrups. Others on the crew laughed, made rough comments about my body, and took Polaroids. I wanted to tear off the tape and run out of the Silvercup Studios screaming. Instead, I lay there knowing I had another day job and health insurance through the Screen Actors Guild.

When I returned to my 12 “by 12” studio apartment on New York’s Upper West Side, I buried myself in my blankets on my inflatable mattress. I felt humiliated and powerless. As a semi-broke 20-year-old, all I wanted was a steady job and fair treatment.

I wondered if I had provoked the behavior by smiling at the crew during the 12-hour day that was considered a short work day in the world of television. Or did they really dislike me? Or were they trying to molest me because they wanted new blood to be mocked?

As a balm after the incident, I brought my violin to the set. During the breaks I practiced on every empty stage I could find. One day a black woman with cornrows who was working as a background extra on the show came up to me where I was playing. There were tears in her eyes. I asked her what was going on.

“A crew guy asked if I was in a gang,” she told me. “Then he told me to get him a roast chicken.”


The author practices her violin at Silvercup Studios in New York City during a break from filming “Sex and the City”.

These are just a few examples of the toxic behavior I saw, felt, and experienced on set. It was just too much and I couldn’t take anything anymore. So I stopped. I got a job as a waiter and got a tuxedo. I went to a thrift store and bought one – an Armani for boys – for $ 50. I kept the irony that my new uniform literally meant that I would dress up as a man for a paycheck. On the nights off, I took online writing classes and returned to college. I finally graduated when I was 33.

When I gave birth to Daisy a few years later, I was thinking about my life. I thought of the good times I had on the set of Sex and the City, like the time I sang on Amateur Night at the Apollo and Sarah Jessica Parker sent me roses with a sweet note. Or when someone on the production staff defended me after a crew guy said my nose was too big for the screen and that’s why I never got a speaking part on the show. Or one late evening when Kristin Davis invited me to drive home in her city car and gave me her silk butterfly dress, which I still show friends. Or the time when some of the crew members invited me to rehearse with their blues band after a catering lunch. One of the guys even printed t-shirts for the band that said “The Sex and the City Band” on the front and “The Bitters” on the back. I still appreciate the shirt today.

Over the years, especially as the Me Too movement gained traction, I thought about talking about what I had experienced, but I told myself that none of this compared to what other women in the industry did have gone through. So I fell silent and disappeared into the shadows, leaving my stand-in days – and the annoyance I experienced during them – in the past. 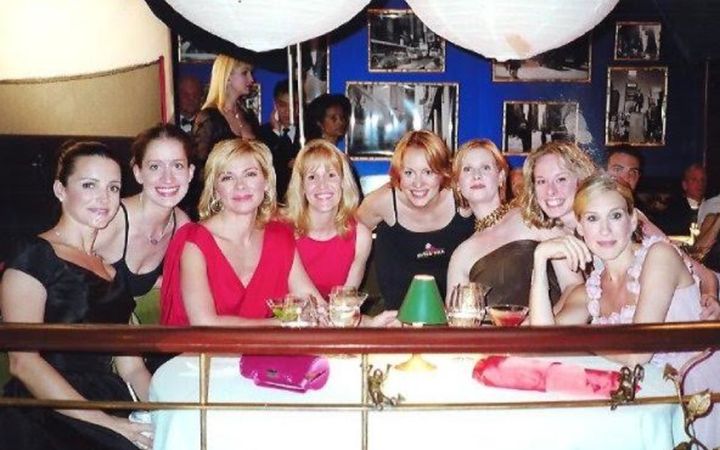 
The author (second from left) with the stars of “Sex and the City” and their respective representatives.

My violin waved to me as I embarked on married life and motherhood. I taught violin to preschoolers and took my two daughters to work at ages 2 and 7. They became my co-teachers, handing out wooden sticks for drumming to friends and singing “Music Together”.

The ornate room was in an old, overheated, walk-in loft in Brooklyn. When I was there I sometimes felt like I was in a more lighthearted version of “Lord of the Flies”: there were children everywhere, some of them covered in paint and wrestling with each other or making mischief to others, but when they saw me or when I was heard me sing, they rushed over and piled up with hugs and requests to play hot cross buns. I wasn’t worried about being molested or not being cool enough to get a joke. I wasn’t worried about the cruel treatment I might have to endure if I wanted to keep taking a paycheck home with me.

Seeing the reaction to my previous essay in my community and on social media, and writing this essay now, has helped me feel even more confident about my decision to get in touch. Days after this earlier essay was published, Girls Write Now, a nonprofit where I cared for teenagers for 10 years, passed on a letter from a woman who was trying to track me down. She wrote about how her career in showbiz mirrored mine and how my story made her feel like she can now share her truth with others. Aside from being incredibly humble, it reminds me that when we tell our stories it can change lives – and it can change our culture.

It also reminds me that I am not alone. Too many professionals in the film industry have dealt with harassment and abuse, and more and more of them are now talking about the things they allegedly experienced on set. Hopefully there will be more settlements and more changes may occur. 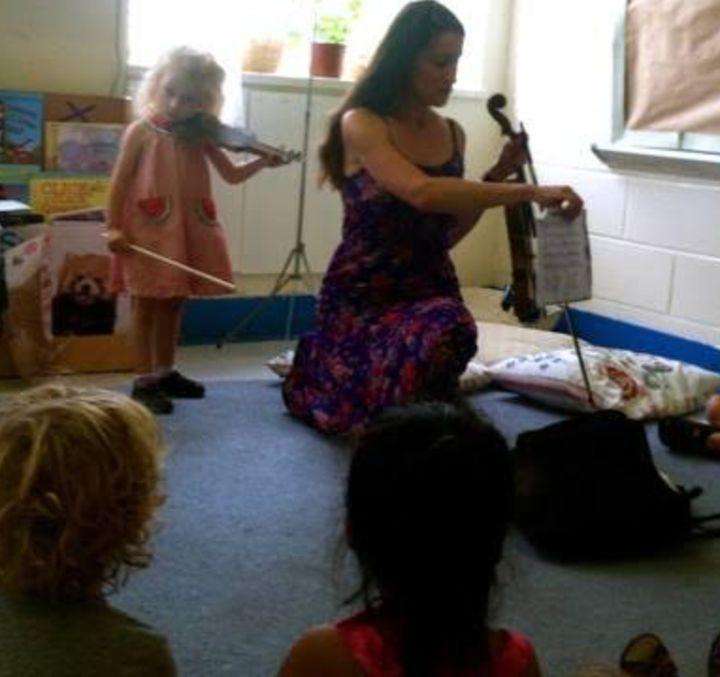 
The author and one of her daughters teach violin lessons.

I believe the first thing we need to do is educate everyone about what toxic behavior is, why it is wrong, and how it prevents anyone from doing their best job, be it on the set, via zoom, or in an office .

Leaders should be required to receive training to identify and eliminate harassment and abuse, and to treat others with respect, regardless of their position.

I was thrilled to read that producer Gary Foster is embarking on a mission to change the culture on film and television. He and Eileen Coskey Fracchia start two initiatives, Humanity on Set and the LEAD program. According to the HoS LinkedIn page, the HoS Culture and Lead programs “provide tools and resources aimed at building better leaders, deepening and engaging casts & crews [prove] This diverse, integrative and appreciative working environment leads to highly productive and profitable stage productions. “Foster argues, if animals have the humane society to meet standards for animals on set, why shouldn’t we have a code of humanity that teaches true leadership and respect for all at all levels?

It’s been a long time since I stood up for the stars. Who knows where my career and life would have gone if I hadn’t found out what I did? But I can’t change what happened – or how I reacted to it. Now, all these years later, I am older and wiser and I understand that I have a choice of whether or not to tell my story. I understand that it is not too late to share my truth and I hope that more good will come of it.

I don’t care if I’m black because I spoke out against the business I once loved. I realize that I have the opportunity to potentially make a change – or at least start a conversation about it – and set a good example for my daughters. By sharing my story and discussing with them the importance of respecting yourself and others, setting boundaries, and refusing to be treated in a way that you know is not healthy, kind, or fair is i hope that you will ever find it even in a situation similar to me, you will be brave and know what to do.

I’m finally standing up for myself – and for others – and I know my daughters couldn’t be more proud. 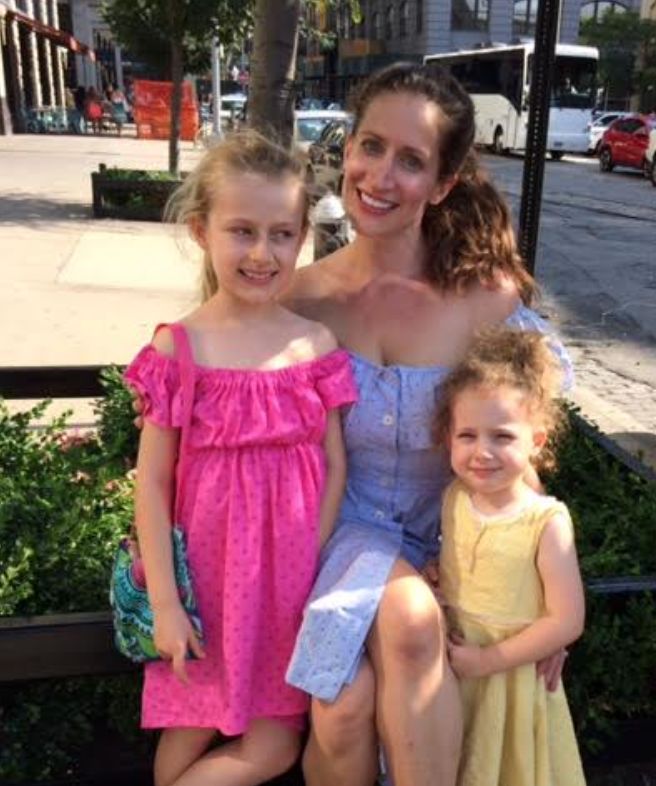 
The author with her daughters in Brooklyn, New York in 2019.

Heather Kristin has written for Glamor, The Independent, Salon and Slate and has been interviewed on Latino NPR and by Oprah. She has worked many jobs including nanny on Park Avenue, Film Extra, subway street musician, and cocktail waitress, but she takes great pride in being a mentor, mom, and violinist on Girls Write Now. She is currently writing a treatise entitled “The Stand-In”.

Do you have a compelling personal story that you would like to share on HuffPost? Find out what we are looking for here and send us a pitch!