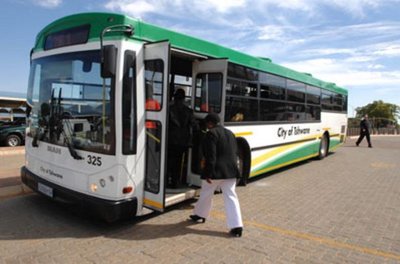 Tshwane city spokesman Selby Bokaba said the buses were escorted by metro police on Wednesday morning after the end of a week-long strike.

“All shifts of the Tshwane Bus Service will be back in operation as of Wednesday morning.

“We have also deployed officers from the Tshwane Metro Police Department in all of our depots.”

Employees shut down tools after a colleague was arrested for driving in a certain lane.

The city of Tshwane then threatened the employees with legal action because of a so-called “illegal” strike.

According to Bokaba, however, the city will no longer go to the labor court as all employees are back to work.

“This means, therefore, that we are no longer pursuing the urgent court ban that we wanted to apply to the Labor Court in Johannesburg this morning.

“It becomes a moot point because all the striking employees are back at work.”

Disciplinary action continues to be taken against all those involved in the strike.

“We will also implement the no-work-no-pay rule,” added Bokaba.