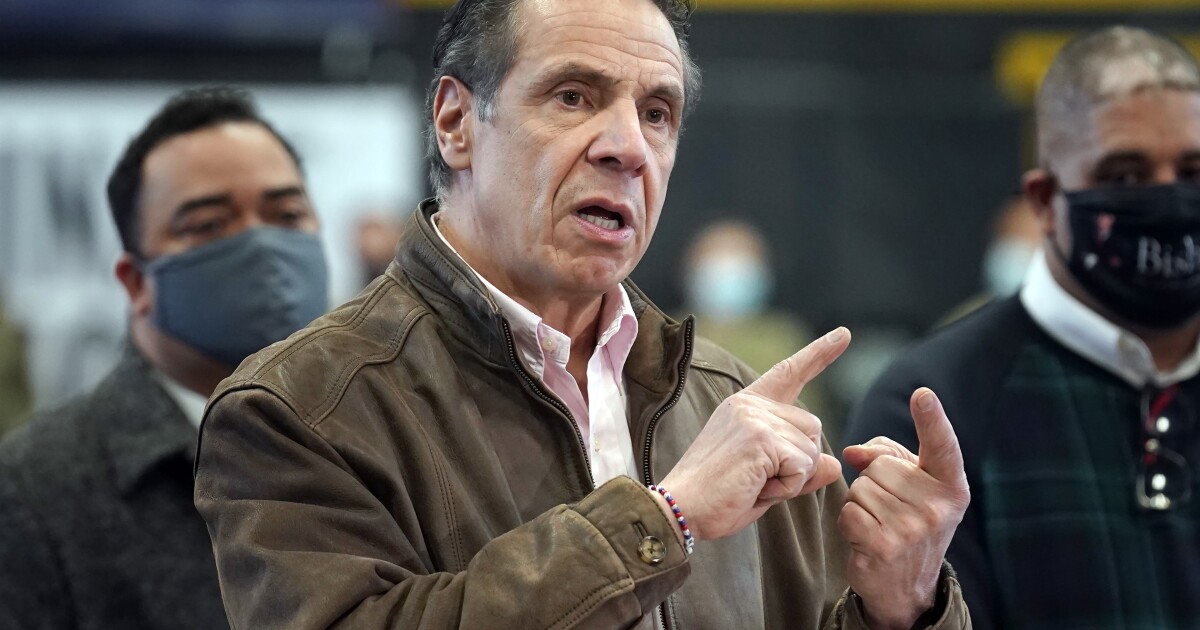 Letters to the Editor: Sexual harassment is not about intercourse, it is about domination

To the editor: The Times, like the media in general, does not show that sexual harassment is mostly about domination, not sex. (“When will powerful men like Andrew Cuomo get the #MeToo memo?” Editorial, March 4th)

A man in power because of his official or corporate position can use sexual harassment to show himself and others that he is powerful. Therefore, molesters often exercise their power openly, sometimes publicly.

Watch how dogs interact: the attacker places his paw on the other dog’s shoulder. If it gets away with it, it will mount the other dog, regardless of gender. This is how the ranking is determined.

Those who want to prevent sexual harassment need to understand that the main motive is domination. The Times can help by advising that it is not okay to put a paw on a person’s shoulder when they are unable to fight back.

For the editor: Sexual harassment is a legal construct that defines certain behaviors in the workplace as illegal. The behavior must serve to sexualize either the workplace or a person in it and impair the victims’ ability to do their job.

In the case of New York Governor Andrew Cuomo, the allegations made by Lindsey Boylan and Charlotte Bennett appear to describe sexual harassment. Cuomo’s alleged behavior sexualized the women, occurred in the workplace and impaired their ability to work.

However, the behavior described by Anna Ruch does not appear to be sexual harassment. She didn’t work for Cuomo. The behavior occurred at a wedding and there is no evidence that it affected her ability to work.

It is important that we use legal terminology correctly and resist the urge to just move on.

To the editor: Someone please explain to me why Governor Gavin Newsom is a “liability” for dinner in a restaurant, Cuomo is a “liability” for the creep, but Govs. Greg Abbott from Texas, Doug Ducey from Arizona, Ron DeSantis from Florida, Brian Kemp from Georgia, Kim Reynolds from Iowa, Tate Reeves from Mississippi, Greg Gianforte from Montana, and Kristi Noem from South Dakota are not considered malevolent liabilities despite their records with the coronavirus and voting rights.