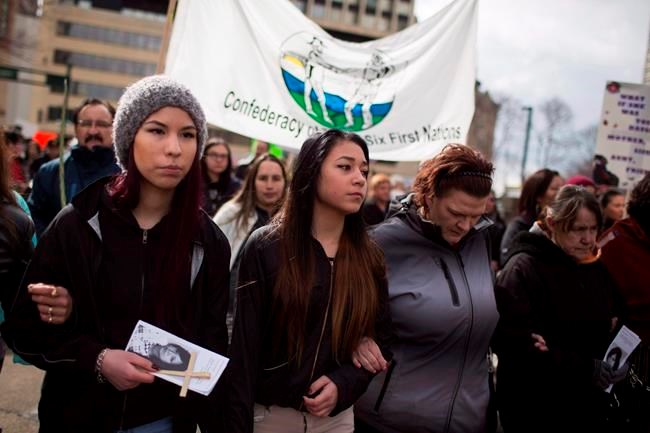 EDMONTON – A man accused of killing a woman in a hotel testified that he was shocked to find her bloody and lifeless body in the bathtub of his room after paying her for consensual sex. Bradley Barton, 52, of Mississauga, Ont.

EDMONTON – A man accused of killing a woman in a hotel testified that he was shocked to find her bloody and lifeless body in the bathtub of his room after paying her for consensual sex.

Bradley Barton, 52, of Mississauga, Ontario, pleaded guilty to no manslaughter in the death of Cindy Gladue. The body of Metis and Cree’s 36-year-old mother was discovered at the Edmonton Yellowhead Inn in June 2011.

“I’ve never seen anything like it in my life. My mind went 100 miles per minute.”

Two nights earlier, Barton said he checked into the hotel after traveling with furniture from Idaho.

Barton, tall with gray and white hair, said in a grizzly voice that he and some of the staff were going for a drink at a nearby bar. He later went outside to smoke.

“I noticed a man walking around picking up cigarette butts and the like,” Barton said.

“I had a quick chat with him … I asked him if he had any girlfriends.”

The man rode off on his bike and returned a short time later with Gladue, Barton said, and a deal was made for sex.

“Her name was Cindy. We talked and I asked her advice,” he testified.

He told the court that he and Gladue had consensual sex and she left. The next day he called her again and she returned to the hotel.

After the second night he found her dead in the tub, he said.

Medical experts have already testified that Gladue bled to death from a severe wound in her vagina.

This is the second trial for Barton in relation to Gladue’s death. His first trial in 2015 sparked rallies calling for justice for indigenous women. The case ended in the Supreme Court of Canada. The Supreme Court ruled Barton retrial in 2019.

GRAPHIC WARNING: The following details may annoy some readers.

Barton said the first night having sex with Galdue involved using four fingers “up to my knuckles” at the same time.

He said Gladue was “bubbly” when she returned on the second night. She met him at the bar and they had a couple of beers.

On the way back to his room, Barton asked a colleague if he “wanted a piece of it,” he said. The man refused, and Barton, married with two sons, warned the man, “What happens on the street stays on the street.”

That second night, Barton testified, he stuck all five fingers in her vagina. About 10 minutes later, he noticed blood on his hand, he said.

He testified that he asked Gladue if she was on her period and then told her he was not interested in sex and would not pay her “because nothing was done”.

Barton said he washed his hands and went to sleep. He described himself as a heavy sleeper and said he woke up the next morning and found her in the tub.

“I see Cindy lying in the tub, blood all over the place,” Barton said.

A gynecologist and medical examiner previously told the jury that Gladue sustained an 11-centimeter tear on her vaginal wall. They said it was like nothing they had seen before in their years of work.

Dr. Erin Bader, who works at Edmonton’s Royal Alexandra Hospital, testified that the wound was the result of excessive violence.

The jury also heard of the search history on Barton’s laptop up to nine days before Gladue’s death.

There were 191 entries including searches and links to videos of vaginas being torn or torn by large objects.

Judge Stephen Hillier has warned the jury that even if Barton’s search history gives them a bad impression, they shouldn’t base their decision on their character.

Barton’s lawyer, Dino Bottos, said in his opening speech on Monday that jurors should be open.

Bottos said all it takes to determine if Gladue consented to sex and if Barton had foreseen that what he was doing could harm her.

The process is scheduled for another month. Barton will continue his testimony for the next few days.

This report by The Canadian Press was first published on February 1, 2021