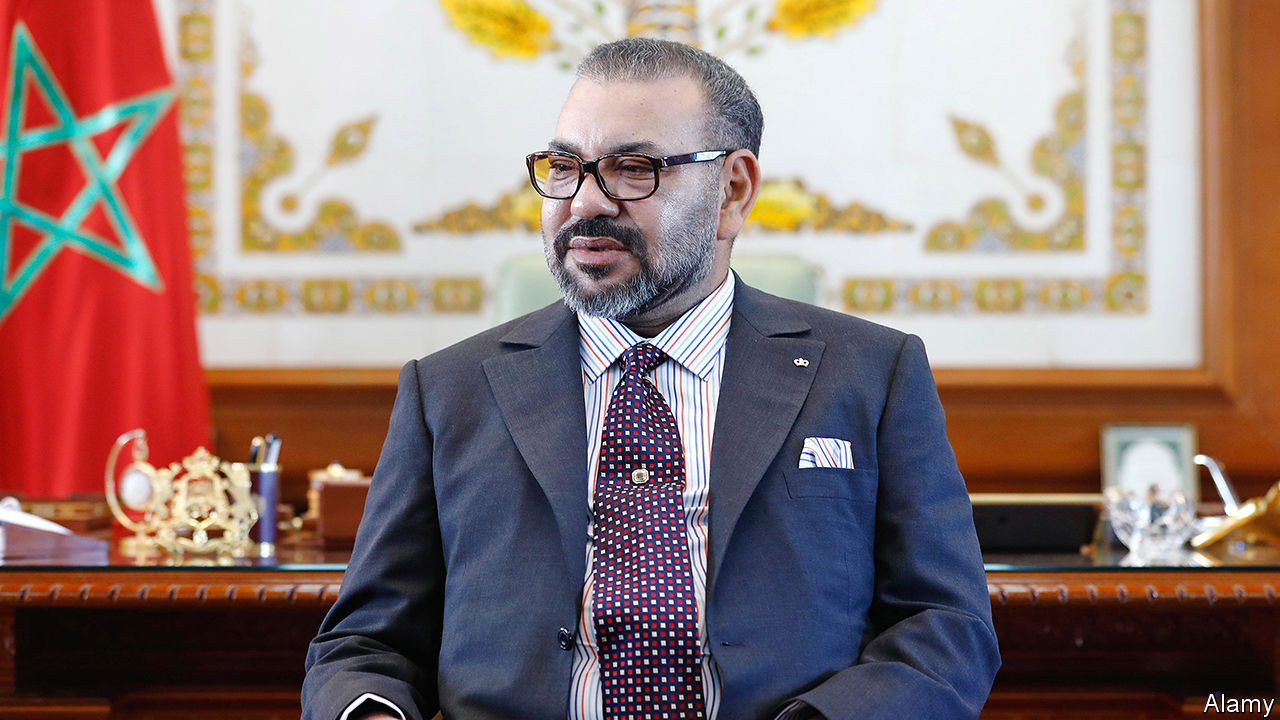 W.When a foreign journalist needs a pithy quote or diplomats want to talk about human rights violations in Morocco, Fouad Abdelmoumni usually pledges. His expertise is microcredit, but he is also an articulate critic of the Makhzen, the country’s royal court. So recently the men of King Muhammad VI tried. (Pictured) to silence Mr. Abdelmoumni. They were given access to records of him having sex with his partner. Then they rang clips on his relatives’ phones.

Listen to this story

Your browser doesn’t support this

Enjoy more audio and podcasts on iOS or Android.

According to Abdelmoumni, dozens of the king’s critics – from liberals to Islamists – have faced similar smear campaigns. As of 2019, the regime has tried and detained three prominent journalists for sexual offenses, including rape. Media enthusiastic about the Makhzen greet them as victories for the country’s #MeToo movement. Independent journalists say they are intimidated by the king and his kangaroo courts. Several women who testified against the journalists said their testimony was falsified. At least one of them was also detained.

Until the Arab Spring uprisings in 2011, the Moroccan press was among the freest in the region. Independent magazines and websites like TelQuel and Lakome reported on the king’s personal finances and his alleged links with drug smugglers. But since then, and although the Arab Spring protests in Morocco have been relatively tame, the press has grown increasingly hot. The makhzen relied on advertisers, which caused critical outlets’ revenues to collapse. Editors were thrown in jail or chased abroad. Some relief seemed to come in 2016 when prison sentences for journalistic offenses were abolished. But now the government is threatening cheeky reporters with crimes unrelated to their work.

Observers compare the oppression to that of Hassan II, the ruthless father of the current king. Others make comparisons with Zine el-Abidine Ben Ali, the former dictator of Tunisia, who used sexual disclosure to tarnish his critics. Makhzen’s hypocrisy adds another layer of outrage. When a police officer filed harassment lawsuits against her boss in El Jadida in 2016, her salary was frozen. The chief’s brother-in-law, Abdellatif Hammouchi, is the kingdom’s chief security officer. That same year, King Muhammad caused an outcry when he paid the legal fees of a Moroccan pop star who was charged with rape in France.

It’s not just that naysayers are silenced. The regime and its loyalists have also flooded the market with dozen of online outlets and launched an army of trolls to retweet positive headlines. Barlamane, an online newspaper, is run by a former Interior Ministry official. Another popular outlet is said to belong to a confidante of the king. “They killed the independent press,” says Aboubakr Jamai, the founder of Lakome, who fled to France years ago after the authorities shut down another branch he founded, Le Journal Hebdomadaire.

In 2011 the king promised to set a “democratic course” for Morocco, but he is still inexplicably governing. Royal declarations such as his recent decision to establish relations with Israel remain undisputed. His subordinates are to blame for any problems. In December, for example, the king announced a program to deliver vaccines against Covid-19 to all Moroccans, which made headlines in the pro-regime press. Six weeks later, the program is just getting started. Ministers say the delay was due to supply shortages.

“I used to assume that the large room for maneuver was due to the king’s democratic inclinations,” says another editor, who has fled abroad. “It’s just that it took him time to establish himself as an absolute monarch.” The pandemic didn’t help. The government has stopped holding press conferences, ostensibly to maintain social distancing. People are fed up with job shortages and the economy shrinking, but they are reluctant to protest about the virus.

Even so, some refuse to lie down. Last month after police arrested his friend, Mr. Abdelmoumni broke his silence and exposed the government’s attempt to blackmail him. “I assume that I am now on the list of prisoners,” he says. “Or worse.” ■

This article appeared in the Middle East and Africa section of the print version under the heading “Sex, Lies, and Videotape”.