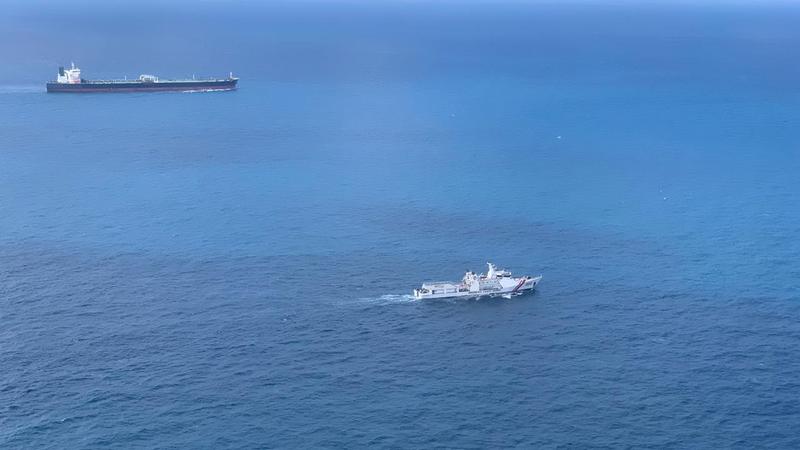 JAKARTA (Reuters) – The Iranian and Panamanian flagged ships seized by the Indonesian authorities for suspected illegal oil transfers are docking for further investigation on Batam in the Riau Islands province, a spokesman for the Indonesian Coast Guard told Reuters.

The two super tankers with crew members from Iran and China were seized on Sunday in Indonesian waters near Kalimantan Island. The MT Horse, owned by the National Iranian Tanker Company and MT Freya and managed by Shanghai Future Ship Management Co, had a total of 61 crew members on board.

“The ships will arrive in Batam at around 3pm (0600 GMT) by 4pm today,” Wisnu Pramandita, spokesman for the Indonesian Coast Guard, told Reuters.

Wisnu said some of the crew had stayed in the supertankers and others had been arrested on Coast Guard ships for questioning during the ongoing investigation.

Wisnu told Reuters Monday that the ships were caught red-handed transporting oil from MT Horse to MT Freya and that oil was spilled around the receiving tanker.

Iran said Monday that MT Horse had been seized because of a “technical problem” and had asked Indonesia to explain the seizure.

“More research is underway to get a more complete picture of the violations committed.”

The tankers were first spotted on January 23 at 21:30 GMT. Indonesian authorities said the two ships concealed their identities by not displaying their national flags, turning off automatic identification systems and not responding to a radio call.

Wisnu said the ships were caught while on a regular patrol.

The International Maritime Organization stipulates that ships must use transponders for security and transparency reasons. Crews can turn off the equipment if there is a risk of piracy or similar hazards. However, transponders are often turned off to hide the location of a ship during illegal activities.

Iran has been accused of hiding the target of its oil sales by disabling its tankers’ tracking systems, making it difficult to gauge how much crude Tehran is exporting to counter US sanctions. Wisnu said Tuesday the ships’ seizure had “nothing” to do with US sanctions when Reuters called for it.