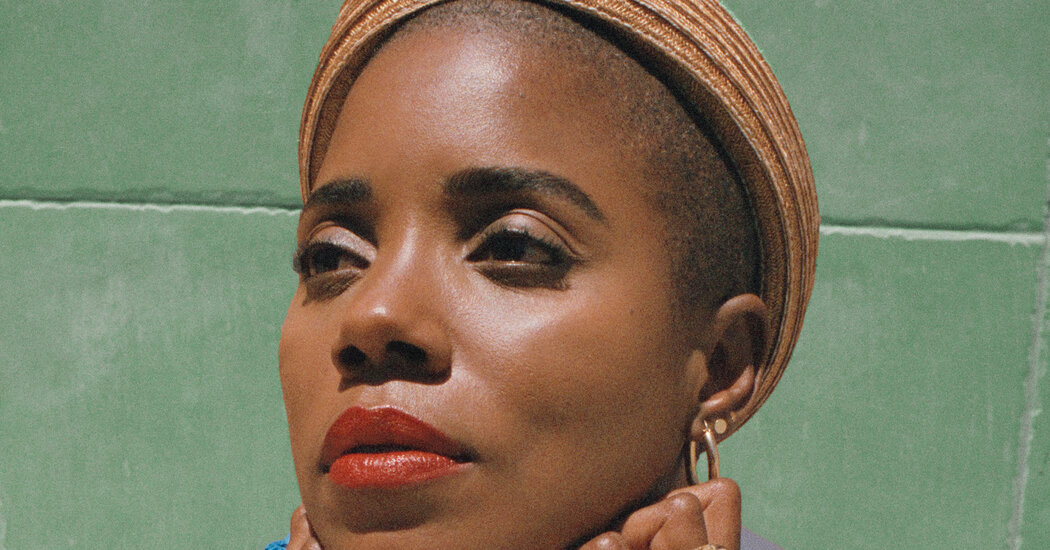 In 1999 Bravo was inducted into New York University’s Playwrights Horizons studio at the Tisch School of the Arts. She wanted to be an actress. During her first year of study, her professor Fritz Ertl asked students to get involved as actors. Bravo’s hand shot up immediately. She remembers that he ignored her. At one point Bravo frantically waved his hand until he fixed his eyes on her and said, “I’m sorry you didn’t know, but you are a director by nature.” Bravo was heartbroken. “I thought he would say there was no room for you,” she said. “That’s how I heard it.” Ertl said she was a natural writer. “He completely changed my life.” Bravo would still dedicate herself to acting – even now she shows her skills on Instagram in small skits and cleverly choreographed videos. But from that day on, she appeared in “Director Drag,” as she put it.

About five years after college, Bravo moved to Los Angeles and worked as a stylist while doing small theatrical productions around town. “I’ve always been waiting for that moment when someone would give me a movie to direct,” she said. But in the end Gelman, her partner at the time, who was a sought-after comedy writer and indie actor, put it bluntly: “If you want to direct a film, you have to write it.” She also wrote several scripts. One night a cameraman she knew came up to her after one of her shows and asked if she had ever thought of making a movie. He offered his production company, cameras and crew. Bravo played it shyly (in the retelling her voice rose several octaves, “Oh, I don’t know, maaaaaybeeeeeee,” she said), but was secretly delighted.

The first short film they all made together was Eat (2011), which starred Gelman as the lonely man and Katherine Waterston as his nervous neighbor. Bravo made six other short films in succession and attracted a group of comic book talent including Michael Cera, Gaby Hoffmann, Megan Mullally, Alison Pill and Jodie Turner-Smith. She won the Sundance Short Film Jury Award for “Gregory Go Boom” (2013), and Bravo and Gelman began drafting their first feature film, “Lemon”. Getting funding and interest together was unexpectedly difficult. “I use the right words and present the right way,” recalls Bravo. “But no.” Bravo sensed a general disinterest in black directors in Hollywood at the time – perhaps especially those who don’t do work that fits easily into easily digestible categories. There is a coolness that she still feels in the industry. “People certainly feel more comfortable when I do work that focuses on a black protagonist. It is probably the first time that I felt like I was where I should be – or where I was allowed to be – good or bad. “

“Zola” was shot mostly in Tampa, Florida. When Bravo’s team, made up of women and colored people, arrived on set, they were supposed to be supported by a local production company. On the second day of shooting, a man on the camera crew arrived in a shirt with a Confederate flag on it. “It is important to know that it is the second day,” Bravo told me. “Because that means he went home, made the fashion choice, and wears this.” Bravo asked him to turn his shirt and they kept it moving. A few weeks after production started, the same man came to her and congratulated her on her work. “There is a part of me that could be two [expletive], but at the same time I realize that it was important for him to have this moment. ”

Bravo told me this story in her back yard, sitting on a brightly colored chaise longue, surrounded by succulents and more drying clothes (this time Pilates socks) and eating kumquats straight from her tree. As she spoke, she slid lower until she was all the way down. I sat next to her, a person in a chair with a notebook. She noticed our positions and playfully threw her hands in the air – “You see, I’m in therapy now” – and continued talking. As I listened to her, it struck me that “Zola” is a study of the particular type of neurosis that black women and women presenting themselves regularly deal with: feeling undermined but compelled to perform grace, to avoid harm. That the reality they experience is different from what everyone else perceives.

In 2015, after Bravo finished reading the Twitter thread, she printed out every piece and interview she could find about it. She noticed a disturbing pattern: “Every piece challenged the validity of the story,” she told me. “There was so much skepticism about what she was saying and that really stuck with me.” (Two days after the thread was posted, Zola tweeted “based on a true story” in quotation marks, with an emoji of a heart pierced by an arrow, and right away, in her own cheeky way, acknowledging that she had made some light adornments for cinematic value.) Bravo realized that no matter how harrowing the story or how cruel, some people would leave the film believing that Zola was somehow to blame, even a crook in her own story.

Bravo’s response was to make a film that irrefutably affirmed Zola’s perspective and experience. During the most dramatic and tense scenes in the film – when Stefani stupidly decides to face X, or when Zola and Stefani go into a sunken basement to talk on the phone with half a dozen half-clothed men – Paige as Zola is almost always next to the action positioned, body still from hypervigilance, eyes bright from alarm or anger. “She’s telling you how to feel right now,” Bravo told me. “It’s a way to remind us that she’s the storyteller. She goes along with it, but she’s also our eyes. ”Paige’s microexpressions convey Zola’s complicated, rapidly changing emotions. Her body language tells even when she is silent. This focus on the outside feels like a means of treating her inwardness as sacred and preserving it until she is safe.