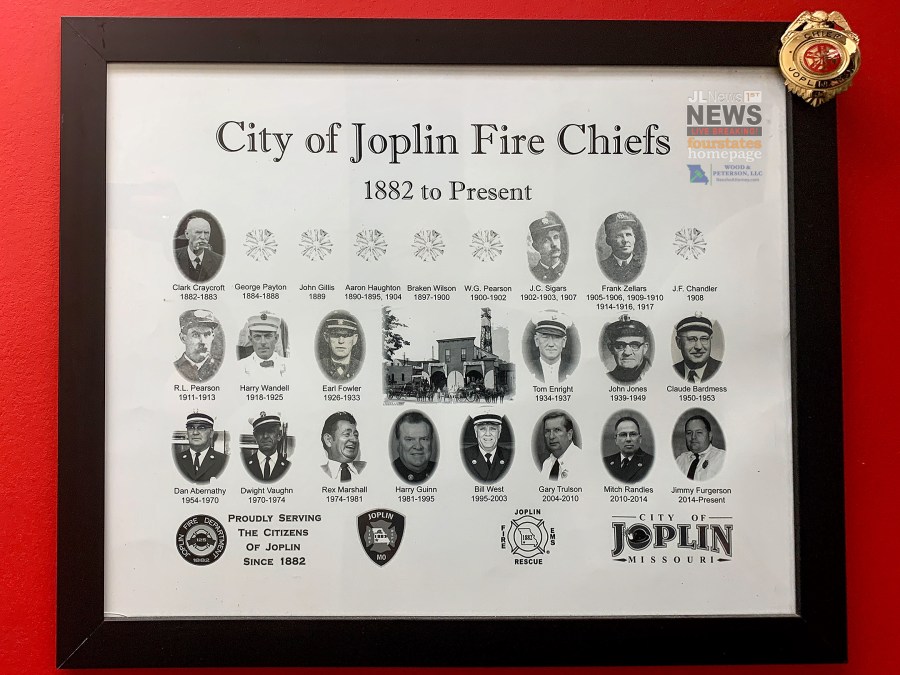 JOPLIN, Mon. – Retired Joplin Fire Chief William “Harry” Guinn died on June 1 at the age of 90 in Oklahoma City. Friends tell us that he and his wife recently settled there to be close to his family.

Chief Guinn served the people of Joplin for 42 years and worked for the Joplin Fire Department from 1953 to 1995. From May 1981 to December 1995 he was chief fire officer.

“He was my first fire chief.” Charles Copple, Joplin City Councilman and Joplin Fire Battalion Chief Ret., Says, “It is a great loss not only for the department but also for the community. He was very active, even at 90 he was still very active. He knew what was going on, he knew the pulse of what was going on in Joplin. He’s done a lot to ensure that the community will suffer a loss when he’s no longer here. “

USE YOUR FINGERS TO ZOOM THE IMAGE CLOSER

RECALL… – William Harry Guinn died on June 1, 2021 at the age of 90. He was surrounded by his family who offered him a peaceful transition with shared memories, laughter, hugs, tremendous love and in the evening some jitterbug music for his last dance dance earth – he was a real dancer. As a young man, he had a pretty girl Doris Jean in mind and married her on their first date. He always said she was the most beautiful woman he had ever seen and just couldn’t do without her! They were lifelong residents of Joplin, Mo. who recently moved to Oklahoma City to be with their family. Harry was a former fire chief for Joplin at 42 years of service Harry was a 50 year old Freemason, a member of the York Rite, and a 33.

Harry spent his entire career in Joplin, with the exception of a year in Idaho, where he worked at a coal mine during a layoff from the Joplin Fire Department. It has been a tough year for him and Doris, but devoted faith and the occasional bear meat kept them strong and encouraged. Back in Joplin, Harry held every available position in the department from entry to fire chief for the last 15 years of service. Harry has had many side jobs (like most firefighters early in their careers), most notably as Civil Defense Director, Founding Member of Southwest Safety Engineers, 911 Board Member, Associate Instructor for the R-8 School District, and served on the board of the Joplin Blind Association.

Harry’s many passions were primarily his love for the Lord, his family and his Church. He especially loved sharing his passion for hunting and fishing with his family and eagerly pursued these opportunities. He successfully hunted his last deer season almost six months ago and was looking forward to it again this year. Spending time with family and friends was his priority. He was a devoted and beloved member in all of his churches and the Masonic Lodge. He taught Bible studies and mentored many young Freemasons. His greatest joy was raising his two sons Nick and John with Doris. The memories of growing up in Joplin, visiting Harry at the fire station, climbing on the fire trucks, and sliding down the fire poles will forever be cherished by the family.

FOLLOW OUR SOCIALS, SEE NEWS WHILE YOU ARE SURFING