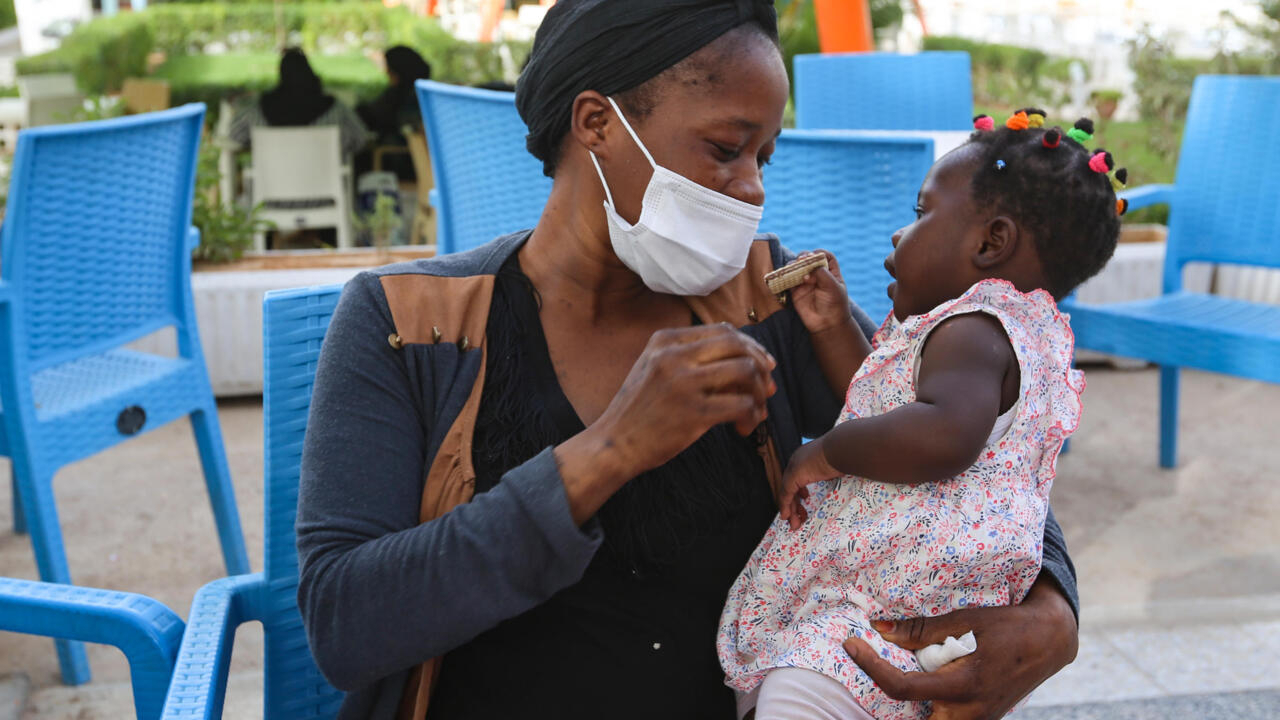 For Aisha, sexual slavery was something that was only heard on TV until she found herself in a living “hell” in Libya.

“I left a nightmare just to fall to hell,” said the Guinean migrant who was lured into the North African country where criminal gangs have turned into horde of blackmail.

Aisha fled her homeland after five miscarriages: For her in-laws and the neighborhood she was either sterile or a witch.

But the young woman was simply diabetic.

“I just wanted to get out of my country,” says Aisha, who studied hotel management.

She contacted a former classmate who appeared to have made a life for herself in neighboring Libya and who had loaned Aisha money to come and see her.

“I haven’t even seen the country. As soon as I got there, I was locked up, I was a slave. She brought men to me and she got the money.”

Locked in a room with a toilet, she only saw the “friend” who cheated on her when her food was brought “like a dog”.

“The men came in drunk. I’d rather not remember it, ”said Aisha, still trembling. “I thought my life was over.”

After three months, a Libyan took pity on her, threatened her kidnapper and put Aisha on a bus to Tunisia with 300 Libyan dinars in her pocket.

After receiving treatment for her diabetes, she even gave birth to a girl late last year.

She dreams of Europe now, but returning to Libya is out of the question.

“I wouldn’t wish that on my worst enemy.”

She has been living with other migrant women in Medenine, southern Tunisia, for two years.

Most of the others who experienced Libya were also forced into prostitution, raped or sexually assaulted, said Mongi Slim, head of the local Red Crescent.

“Some of them were better off with a man’s protection. But for single women, it’s almost systematic,” Slim said.

Some migrants said they were advised to take a three-month contraceptive injection before leaving, and some travel on the morning-after pill, according to UN reports.

She hoped to earn enough in Libya to reach Europe.

However, there she spent most of her year in prison where she was sexually exploited before escaping to Tunisia in 2018.

“I worked for a family for six months, then I set off across the sea from Zuwara,” said Mariam, 35.

“We were caught, imprisoned and abused by armed men,” she said.

Mariam said she got into the hands of militiamen who run illegal migrant camps where extortion, rape and forced labor are common.

Official centers under the control of the Libyan government and where the European Union-funded Coast Guard transfers intercept would-be exiles are also riddled with corruption and violence, including sexual assault, according to the United Nations.

“Every morning a chief made his decisions and sent the selected girls to Libyans who had rented special rooms,” said Mariam.

“They fed me bread, sardines and salad. I stayed there for a month until they moved me to another location, ”she recalled in an angry voice.

“They were armed, they smoked drugs, they paid the boss, but not me.”

According to human rights groups, men and boys are also sexually abused.

“Sexual violence continues with impunity by human traffickers and smugglers along migration routes, in prisons, correctional facilities and against urban migrants by militants and armed groups,” said a 2019 United Nations report.

This crime increased as the conflict in Libya intensified from 2014 onwards.

Three immigrant detention centers in Libya closed in mid-2019, and the inauguration of a new UN-backed transitional government in March suggests a decline in impunity and violence.

But they have yet to be recruited, and the intercepted migrants are still being sent back to Libya, to the horror of international organizations.

On June 12, more than 1,000 people captured at sea were sent back to Libyan prisons, according to the UNHCR.