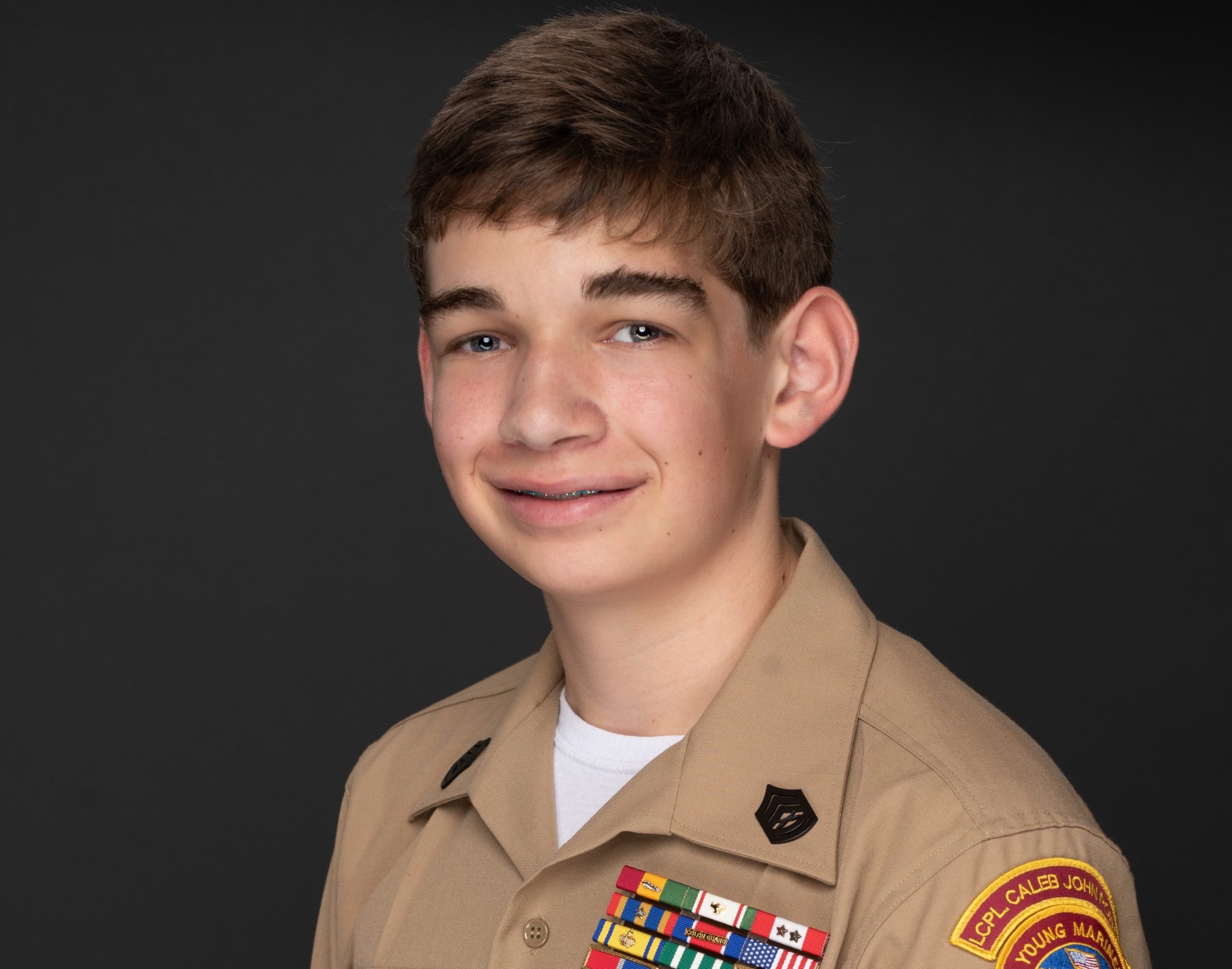 He is a member of the LCpl Caleb John Powers Young Marines from Fredericksburg under the command of his father, Kirk Ross.

Ian is in sophomore year and is homeschooled.

Ross is the best young Marine in Division 2, which includes Washington DC and five states: Delaware, Maryland, Virginia, West Virginia, and Kentucky. During the year, he will travel to other units across the division to lead, motivate, and serve as a role model.

As the Junior Division 2 Marine of the Year, Ross will accompany World War II veterans to the annual Reunion of Honor trip to Guam and Iwo Jima in March. Iwo Jima Island is only open one day each year for this special gathering of Japanese and American veterans.

“This is an amazing opportunity for me to give back to the program that has given me so much,” said Ross. “I had a lot of opportunities and tremendous personal growth. I look forward to giving something back to the future leaders of our country. “

Ross joined the Young Marines at the age of eight and is in his seventh year on the program.

“My two older sisters were Young Marines, so from a young age I could see the impact and possibilities of the program,” said Ross. “My sisters’ experiences inspired me to get involved.”

Outside of the Young Marines, Ross is involved in student council, baseball, and soccer. Upon graduation, he plans to enroll in the United States Marine Corps.

“Ian Ross is an exceptional young Marine,” said Col William P. Davis USMC (Ret), national executive director and CEO of Young Marines. “All of our division winners show great leadership and awe of veterans. Everyone lives a healthy, drug-free lifestyle that is a foundation of the Young Marines. “

The Young Marines organization is divided into six divisions across the United States. Each Young Marine of the Year Division must meet strict requirements, such as: B. Graduating from the Young Marines’ National Leadership Academy Advanced Leadership School, maintaining high academic performance, and maintaining a high standard of physical fitness.

In the spring, Ross will represent his division in competition with five other division winners for the title of National Young Marines of the Year.