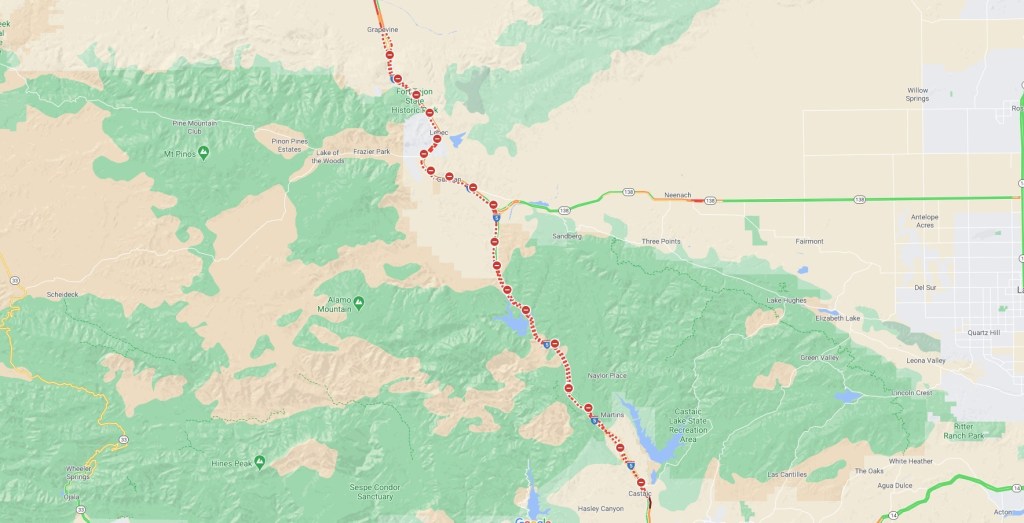 Following Grapevine closure as a result of snow, CHP escorts automobiles on 5 Freeway earlier than opening roadway – Every day Information

After the Grapevine portion of the 5 Freeway was closed due to snow overnight, the California Highway Patrol began escorting vehicles in both directions early Tuesday morning before the road was opened to traffic.

The CHP closed the road on Monday around 8 p.m. because of the snow from the cold winter storm in the region:

TRAFFIC WARNING: I-5 Closed in both directions due to snow. Head north on Parker Rd in Castaic. Head south on Grapvine Rd in #KernCounty. Duration unknown. Look for alternative routes. Drive safely. pic.twitter.com/7vEnCzw5BF

But as of Tuesday morning, the CHP began escorting vehicles in groups of 100 through the snow-covered grapevine in both directions between Grapevine Road in Kern County and Parker Road in Castaic, the agency said.

After the drivers were instructed to turn around all night, the CHP started pulling the drivers through at 4:22 a.m.

The accompaniment of 100 vehicles in each direction continued from 5.30 a.m., reported the CHP.

The CHP reported at 5:35 a.m. that traffic on the Grapevine was secured because several big rig drivers who were waiting for escorts fell asleep in their trucks and had to be woken up by officers.

At 6:25 a.m., the CHP opened the grapevine to normal traffic, and Caltrans warned drivers to drive carefully:

MORNING UPDATE: I-5 will be open in both directions from 6:25 a.m. Drive safely as the road conditions are slippery. https://t.co/q5BIqWceDn