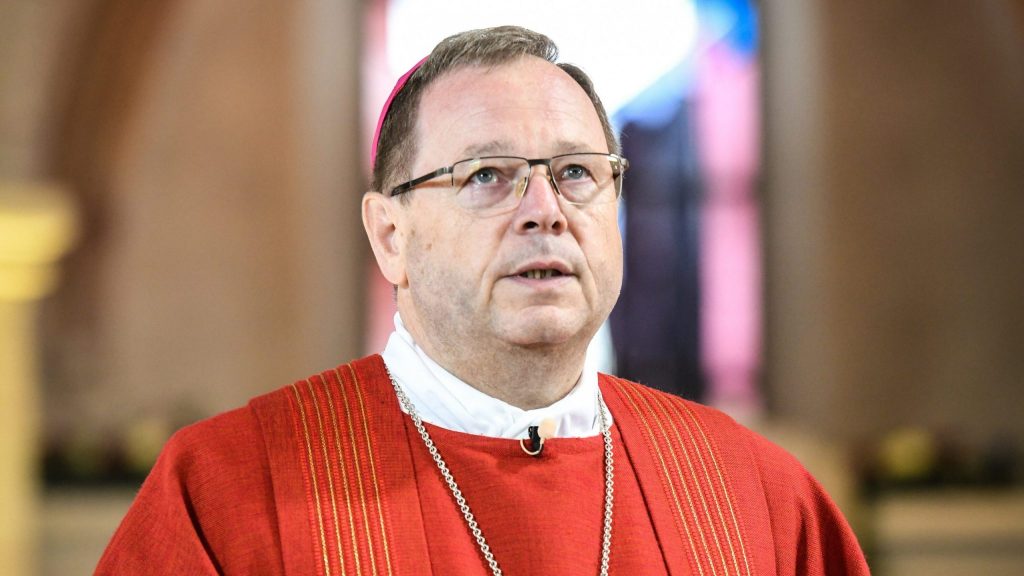 A hundred years ago when my daughter was in high school I met one of her English teachers. For some reason this teacher had unilaterally stated that a sentence that did not contain at least five words was not a good sentence. It disheveled my feathers, so I raised the subject in a parent-teacher conference.

She repeated the premise she learned in graduate school: five was the magical number of words a sentence takes to adequately convey an author’s intent.

I couldn’t help myself. As I braced myself for the roll of my eyes that would come from my wife, I asked the teacher what she thought of the phrase “Jesus wept.”

Just as we suffer from “First World Problems”, such as the failure of the Internet or the shop where the mineral water filtered by artisanal springs in the Alps runs out, the Catholic Church is not immune to this in the young adult years of the 21st century Mini meltdown about what should be a few simple sentences.

This happened when the Vatican Congregation for the Doctrine of the Faith (CDF) responded to a question about whether the Church can bless same-sex unions and made things clear in a short sentence that sums up thousands of years of biblical truth: “God does not and cannot bless sin. ”

The discussion that has sparked such a simple affirmation of the fundamental doctrine of the Church is impressive. Responses to the March 15 declaration included the suggestion that Pope Francis is not as compassionate as some had previously thought.

It is difficult for anyone who has heard, seen or read Pope Francis to claim that this Pope has no compassion for the most marginalized people in society. Like his predecessors, he has often spoken about the importance of separating the person from a particular sinful act when approaching complicated pastoral situations. In this context, the CDF declaration is the condolences of Pope Francis.

Because it is of no use to anyone if you tell him that his sin is not a sin. It is of no use to anyone to be comfortable in a lifestyle that does not benefit the health of their immortal soul. This premise doesn’t just apply to people of same-sex attraction – it applies to all men and women who find themselves outside of the plan set out for us in the gospel.

The loudest questioning of the CDF declaration seems to come from bishops in Germany under the leadership of Bishop Georg Batzing from Limburg. But while the entire document produced by the CDF could be summed up in a few words, Bishop Batzing countered with an arsenal of idioms.

“For some time there have been discussions about how this teaching and teaching in general can be advanced with viable arguments – on the basis of fundamental truths of faith and morals, ongoing theological reflection and also the openness to newer results on the humanities and the Life situations of people today, ”he replied to the statement (this sentence definitely fulfills the five-word requirement).

“There are no easy answers to questions like this,” he continued.

Imagine Jesus using this tactic when faced with an angry stone-in-hand mob and an adulteress. Instead of reflecting on the cultural advances since the Babylonian captivity or embroiling the mob in an exegesis on the Sixth Commandment, he instead called the mob in very few words to their own sanctimonious sinfulness. And after they slipped away, Jesus did not discuss the nuances and implications of the adulteress’ lifestyle. He did not judge her either, but told her to “stop sin”.

It was indeed the ultimate act of compassion, not far from the simplicity of this CDF statement, on which Pope Francis put his stamp of approval.

Just look at what the CDF said after saying the obvious that God cannot bless sin: “God blesses sinful people so that they can see that they are part of their love plan and allow themselves to be changed by them . ”This is the ultimate form of compassion and the same compassion that Jesus offered every sinner.

With all due respect to the bishops in Germany and their fellow doubters, I would suggest the following: If we all have to remember what the consequences of sin actually are, we just have to look at a crucifix. When we do that, no words are needed.