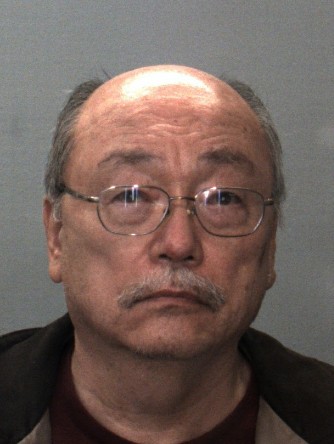 Eastvale man, 69, arrested on suspicion of committing intercourse acts with minor below 14

Authorities on Friday announced the arrest of a 69-year-old Eastvale man accused of several sex crimes against a minor.

George Holcomb can be seen in a picture courtesy of the San Bernardino County Sheriff’s Department.

On March 13, an investigation began into a report of indecent behavior on a child that took place on the same day on the 26,000 block of Barton Road in Loma Linda, the San Bernardino County Sheriff’s Department said in a press release.

Investigators uncovered evidence of several crimes against minors under the age of 14 and identified George Holcomb as a suspect, the press release said.

On March 14, Sheriff’s Department was serving a search warrant in a house on French Trotter Drive in Eastvale and interviewing Holcomb.

He was arrested after the investigation and booked on suspicion of oral copulation with a minor under the age of 14. He showed or sent harmful material to seduce a minor and possessed obscene items that sexually portrayed a minor.