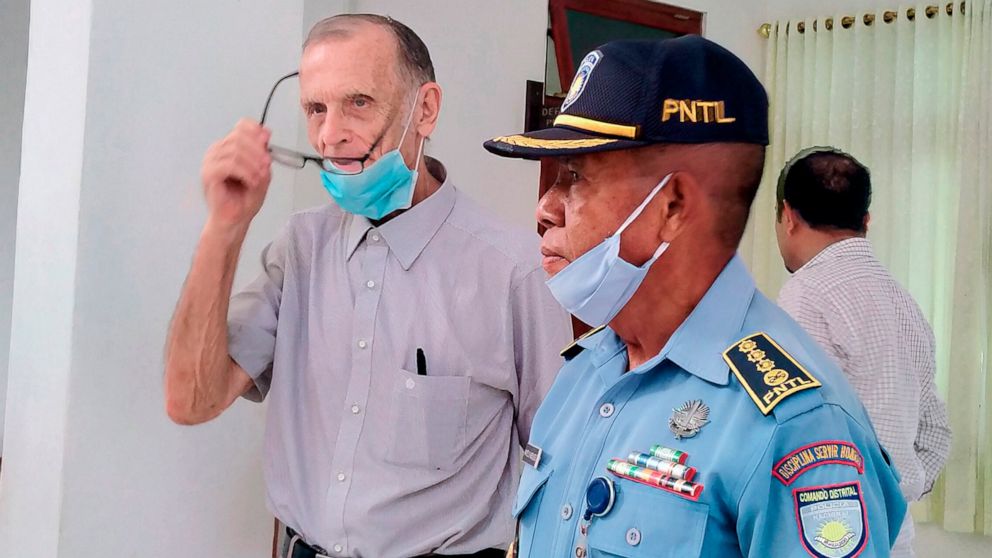 Share on FacebookShare on TwitterSend this article via email

OECUSSE, East Timor – East Timor abruptly brought the trial of a weakened American priest accused of sexually abusing young girls in a children’s home in a remote enclave in East Timor – one of the most Catholic places on earth – Monday postponed.

Shortly after Richard Daschbach, a former Pennsylvania missionary, arrived in the courtroom, the judges said they needed more time to review documents and asked the 84-year-old defendant to return Tuesday.

The former priest is charged with 14 cases of sexual abuse of children under the age of 14, as well as child pornography and domestic violence, according to the country’s attorney general.

The Daschbach case is East Timor’s first case of child sex against a priest, which, however, was made more difficult by his heroic status and the devotion of his followers.

Three years ago, allegations first surfaced that Daschbach had abused children in his animal shelter.

An official of the Catholic Church in East Timor’s capital, Dili, said Daschbach was debased in 2018 after confessing to the abuses. Former donors also said he admitted it to them, but the ex-priest did not publicly admit it.