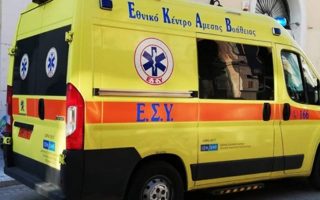 Traffic police are investigating recordings of the fatal traffic accident that took place on Friday at the entrance to the Greek parliament between a 23-year-old motorcyclist and a vehicle belonging to the police escort of New Democracy legislator Dora Bakoyannis.

A relevant source has indicated to Kathimerini that the driver of the escort vehicle was responsible for the accident as the young man who suffered fatal brain injuries had right of way. According to a police statement, the accident occurred on Friday at 12.25 p.m. in front of the side entrance of Parliament next to flower shops on Vasilissis Sofias Avenue.

Aside from the extensive forensic investigation, the same source said a taxi driver alleged to have witnessed the accident is due to testify today as part of the preliminary investigation.

The file is forwarded to the public prosecutor’s office, which decides on further measures.

Bakoyannis, who is also the sister of Prime Minister Kyriakos Mitsotakis, has expressed her deep grief while the victim’s mother announced that she will donate his organs.