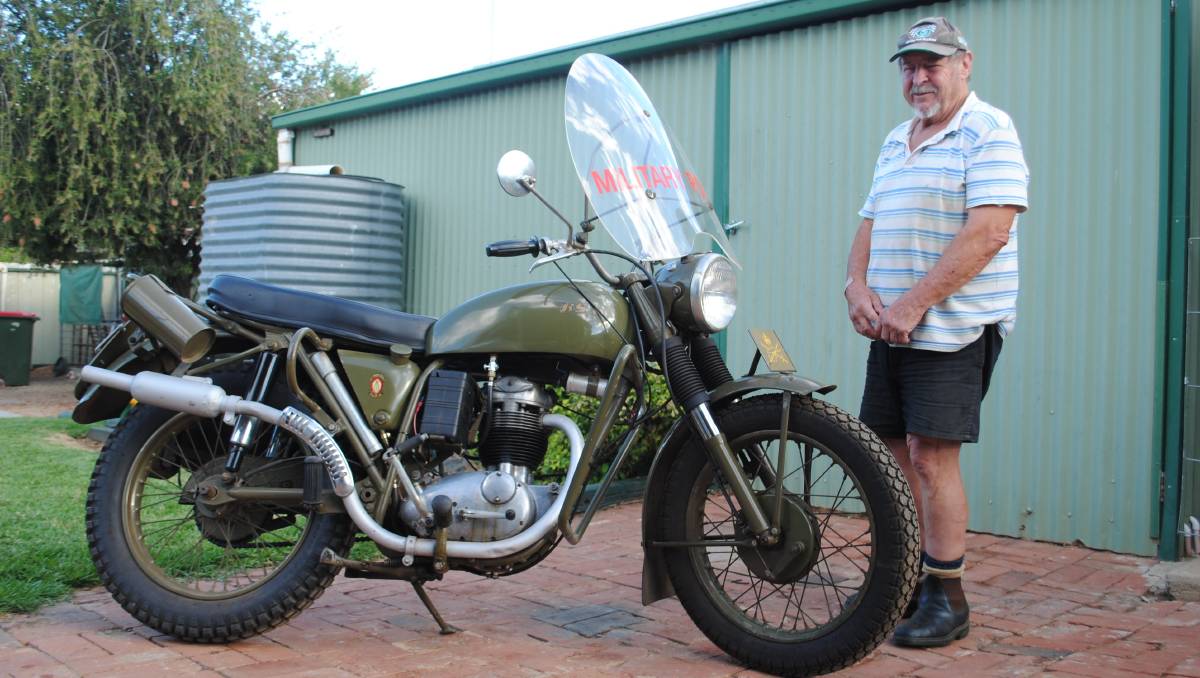 Parkes Shire Alderman George Pratt has always had a passion for motorcycles and military gear, and this BSA we’re introducing him with certainly combines both.

“I grew up with motorcycles as a teenager – they were cheap and plentiful.

“I remember we bought an old bike for $ 30 and rode it around the paddocks until it was completely worn out, and then started all over again.

“I’ve always had a keen interest in military hardware after spending some time in the CMF (Citizens Military Forces) now known as the Army Reserves. So the BSA was a great way to combine my passions,” said he George who bought this bike from Alec Mill 30 years ago.

“It was torn to pieces so I rebuilt and restored the engine.

“I would find parts at swap sites while getting the original colors from the Military Museum in Wodonga.”

As a military escort vehicle, these motorcycles were used to drive convoys and had a very low first gear that served them well during parades.

They were a bit of an all-purpose bike too, with chunky attempts, universal tires, and a standard raised exhaust for ground clearance, saddlebags, a first aid kit, and a side-mounted cylinder for carrying maps and documents.

Nor is this the only restoration of George, he had other motorcycles and he also restored the 2 military cannons you can see on Memorial Hill in Parkes and was involved in the restoration of the one in Cooke Park.

“I traced the motorcycle’s history back to the Moorebank Military Transport Facility in Sydney, where it would have started and ended its military service.

“They were the last BSAs in the military before joining Japanese motorcycles.”

BSA (Bermingham Small Arms) was a British company and manufactured, among other things, motorcycles and firearms – right in Georges Gasse!

“This bike was pretty nimble and light for its purpose – I’ve used it in numerous rallies and it was really reliable so it will keep me going for many years to come.”

George is a member of the Central West Car Club, which was founded in 1954 and, with over 300 members, is stronger than ever.

The club meets regularly on the first Wednesday of each month at 7:30 am at the Parkes Leagues Club and welcomes new members.