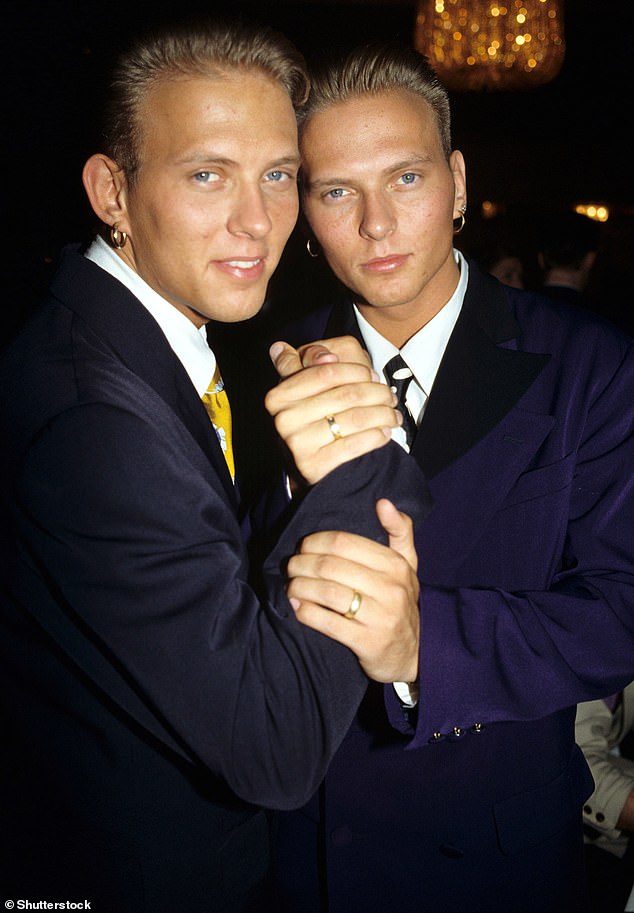 Luke Goss has announced that he needed a two-hour police escort while visiting Mexico because he feared an attempt might be made to kill him.

The 52-year-old Bros drummer revealed he needed the security during the trip three years ago as he talked about the success he had found as a musician.

On the Celeb Catch Up: Life After That Thing I Did podcast, Luke said he was visiting Mexico when he was told he needed protection.

“There was an agreement that” something “had been” arranged “: Bros star Luke Goss announced he needed a police escort after a threat to his life was made in Mexico nearly three years ago

He said, “I had four federal police cars take me for a two-hour drive to my hotel because everyone agreed that“ something ”had been arranged.

“So you have two hours to sit in a car to feel good about yourself, I think I’ll get home safely.

‘My friends in the car said,’ This is fun! ‘ with all the lights and stuff and I sit in the front and say, ‘It’s all a matter of perspective, I think’ – and I laughed, but inside I thought, ‘Well, I hope it all works out’. ‘

This isn’t the first time Luke has faced a death threat, however, and the star also reveals on the podcast that Bros as a band received a series of threats at the height of their fame.

On a podcast from Celebrity Catch Up: Life After That Thing I Did, he said, “I let four federal police cars take me to my hotel for a two-hour drive because everyone agreed that“ something ”had been arranged.

“I remember the first time I came into contact with a death threat at an airport in Sydney. [An official] came straight to Matt and me, and we had to divert an entire commercial airline and fly all baggage separately. ‘

Despite the threats, Luke said that the experience offered him opportunities to learn: “At that moment at the airport, you realize that there are people who have extreme feelings. But the best thing is not to take it so personally because if you take it down to their agony then something will happen that they need help with. ‘

It comes after it was claimed that Luke Goss’s original painting collection was valued at a staggering £ 291 million.

Luke fell in love with painting during the Covid ban and will now be exhibiting his collection entitled Love And Faith in Los Angeles this weekend. 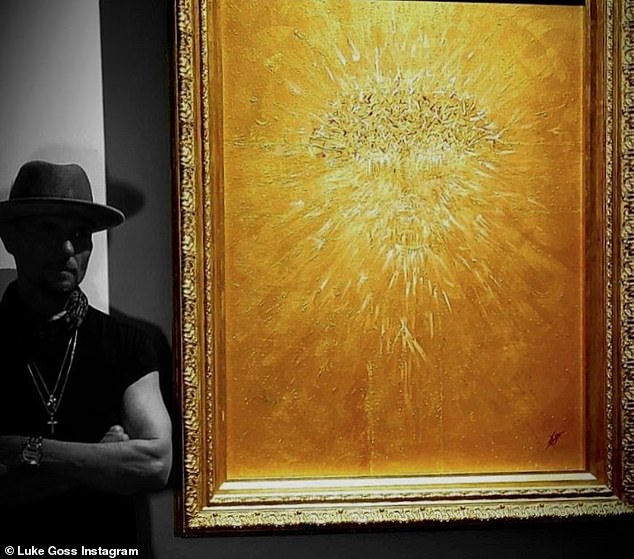 Proud: Regarding his upcoming exhibition, Luke said: “Painting was a new frontier for me as an artist, and part of the fun was breaking new ground” (pictured: Luke’s 2020 artwork)

Love And Faith, which contains 18 original artworks, is fully supported by non-fungible tokens [NFTs] It is the first collection to be published in this way.

An NFT is a unique digital asset that acts as a certificate of ownership, such as: B. Bitcoin. NFTs can be used to represent items such as photos, videos, audio, and other types of digital files.

According to reports, art dealers predicted Luke could fetch up to £ 291 million [$411 million] at his American auction.

Regarding his upcoming exhibition, Luke told The Daily Star, “Painting was a new frontier for me as an artist, and part of the fun was breaking new ground.”

Commenting on his decision to have NFTs support his artwork, the musician added, “When I first learned about NFTs and how they can create a stronger connection between the art and the people who value it, I knew this Another groundbreaking area that I had to do was get involved. ‘

Luke – who will personally arrange and illuminate his collection – concluded: “Love and faith have never been so urgently needed as a foundation in our society.”

Born in South London, Luke was with his twin Matt in the pop band Bros.

After Bros broke up bitterly in 1992, he moved to LA with his ex-wife Shirley and forged an acting career in which he appeared in the Hellboy and Blade franchises.

Luke and Matt met again in 2017 for a comeback concert.

A documentary about their reunion, Bros: After The Screaming Stops, was released in 2018. 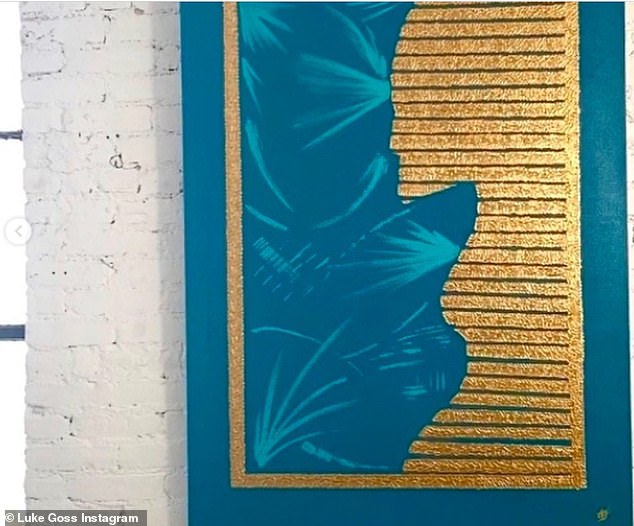 For the first time: Luke’s Love And Faith collection is fully backed by non-fungible tokens, making it the first collection to be released this way (Pictured: Luke’s 2019 artwork)