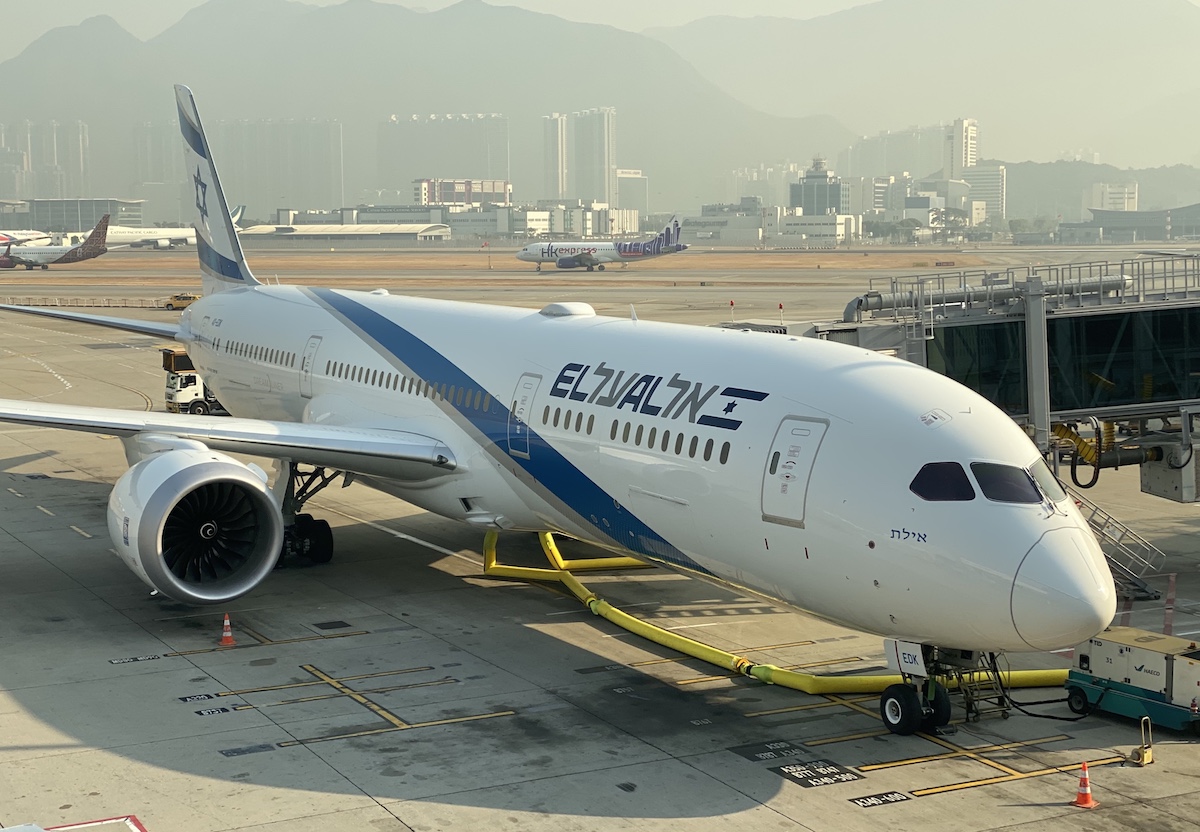 The Aviation Herald has the history of a rather alarming transatlantic EL AL flight.

This incident concerns an EL AL flight on April 29 from New York to Tel Aviv. Flight LY2 was operated by a Boeing 787-9 with the registration code 4X-EDH, an aircraft about two years old that was delivered to the airline in October 2018.

During the flight over Spain, the EL AL pilots informed air traffic control that they suspected that a bomb had been planted on the aircraft. As a result, NATO made the decision to dispatch fighter jets that intercepted and escorted the aircraft. Fighter jets from four different countries took part:

Fortunately, the plane landed safely in Tel Aviv about four hours after the original call to air traffic control about a bomb and just under ten hours after it took off from New York. The plane has not flown since then.

I have a few questions…

It goes without saying that there are many more questions than answers here. A couple of things come to mind:

I am curious to see if we will get answers to these questions in the near future or if not much will be published about it as Israel is quite nervous about security in general. If anyone has any insight, I’d love to learn!

An EL AL Boeing 787 flying from New York to Tel Aviv had a rather eventful flight. The crew had reason to believe that a bomb was on board. The aircraft continued to land at its destination, but was accompanied by four different fighter jets.

Fortunately, the plane landed safely and on time. What a strange incident …