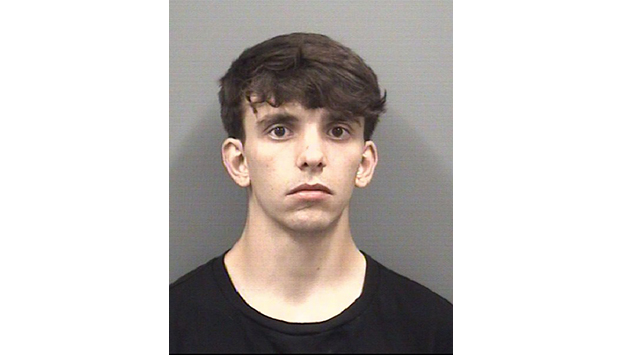 According to the arrest warrant, three of the crimes occurred between November 2017 and November 2020.

Hare was issued a $ 150,000 bond and booked into the Rowan County Detention Center.

Beaty was reportedly in possession of 22 grams of crystal methamphetamine, 1.2 grams of heroin in two individual sachets, and 16 dosage units of alprazolam, according to an arrest warrant. Beaty was also charged with a misdemeanor of possession of drug paraphernalia and maintaining a vehicle, apartment or place with a controlled substance. Beaty was also charged by the State Highway Patrol for driving disabled. Beaty was booked into the Rowan County Detention Center on $ 12,000 bail.

• Jeffery Wayne Massey, 57, of Greensboro was charged Saturday with possession with intent to manufacture, sell, or distribute a Schedule 2 controlled substance, Schedule 2 controlled substance and drug paraphernalia charge. Massey was reportedly in possession of 10 grams of crack cocaine and a digital scale. Massey was posted to Rowan County Detention Center on $ 15,000 bail.

• Amy Lauren Gillespie, 38, was charged Friday for evade arrest by motor vehicle and negligent theft. Gillespie accelerated more than 15 mph, according to an arrest warrant, and drove recklessly while avoiding an officer on West Innes Street and North Link Avenue. Gillespie allegedly stole two $ 400 decorative outdoor lanterns. Gillespie was also charged with no-show for possession of cocaine and drug paraphernalia. Gillespie was booked into the Rowan County Detention Center on $ 40,000 bail.

• Ray Daniel Upright, 49, was charged Saturday with burglary and burglary, post-burglary theft, acquisition of property on false pretenses, first degree trespassing and violation of personal property. The charges stem from a series of incidents in May where Upright allegedly broke into a building in the 17000 block of Old Beatty Ford Road and stole about $ 500 worth of copper wire. Upright then reportedly sold about 225 pounds of stolen copper wire for $ 801.93 to Holmes Iron and Metal Inc. Upright received $ 120,000 and was booked into the Rowan County Detention Center.

• Arnie Preston Rabon, 32, was charged Saturday with stealing auto parts for allegedly stealing a $ 1,500 catalytic converter. Rabon was arrested at the Rowan County Detention Center with a $ 20,000 secure bond.

• Jeremiah Ravon Grady, 35, was charged on Saturday with hit and miss, leaving a scene with property damage, failing to report an accident and driving with a revoked driver’s license. Grady was allegedly involved in an accident that caused $ 1,000 or more property damage to a storm grille, curb, and electrical housing unit.

• Dustin Lee Blanken, 33, was charged Saturday with possession of a stolen vehicle. The date of the crime in the arrest report was February 20.