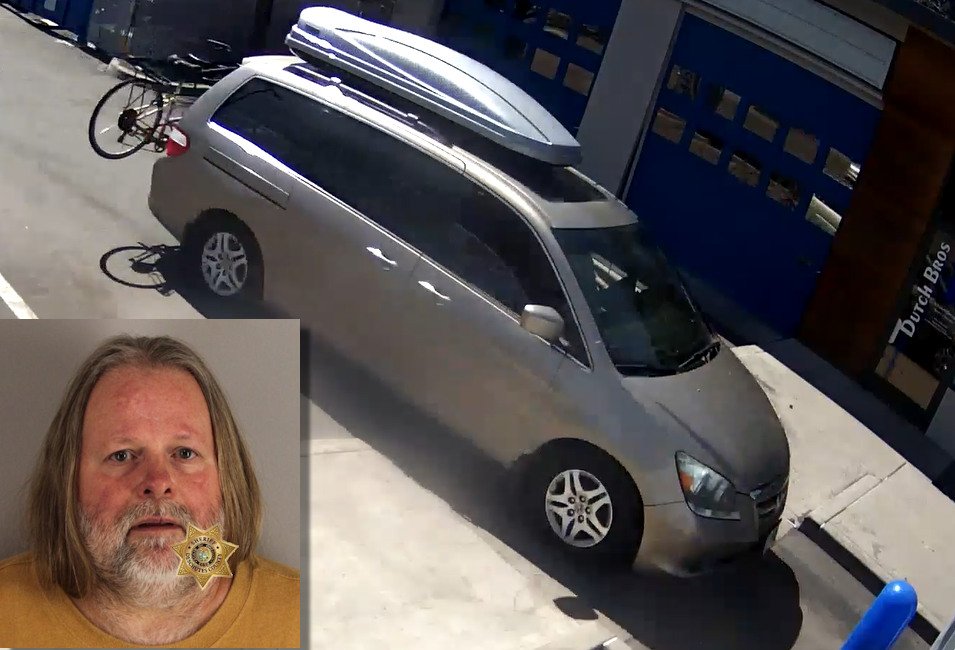 BEND, Ore. (KTVZ) – Bend Police are seeking information from the public after the arrest of a Salem sex offender who was seen suspiciously in a gold minivan along Northeast Third Street on Sunday afternoon, police officers said.

Police responded at around 1:30 p.m. Sunday in the Dutch Bros area of ​​Third Street and Lafayette Avenue where a man in a 2005 gold Honda Odyssey van made of gold had been investigating the teenagers suspiciously, Lt. July McConkey.

Witnesses described the girls as 13 to 16 years old, and one caller said he watched them run and hid in front of the van. The caller was able to get the delivery truck’s license plate as the driver sped away. But the police couldn’t find the girls to determine the circumstances, McConkey said.

At around 10 p.m. on Wednesday evening, officials located the van at the Dutch Bros on the 62000 block of North Highway 97, the lieutenant said. Salem driver and sole inmate Thomas Lee Barlow, 58, was contacted, arrested and detained for failing to register as a sex offender and for a probation warrant from another county.

McConkey said the police would like to speak to anyone who witnessed the incident, has information on how to contact the teenagers, or witnessed other incidents that were suspicious of Barlow and his van and a 2005 Honda Odyssey was described with a silver box top and a bike rack on the back.

Anyone with information on how to deploy officers is encouraged to call Deschutes County Emergency Number at 541-693-6911.