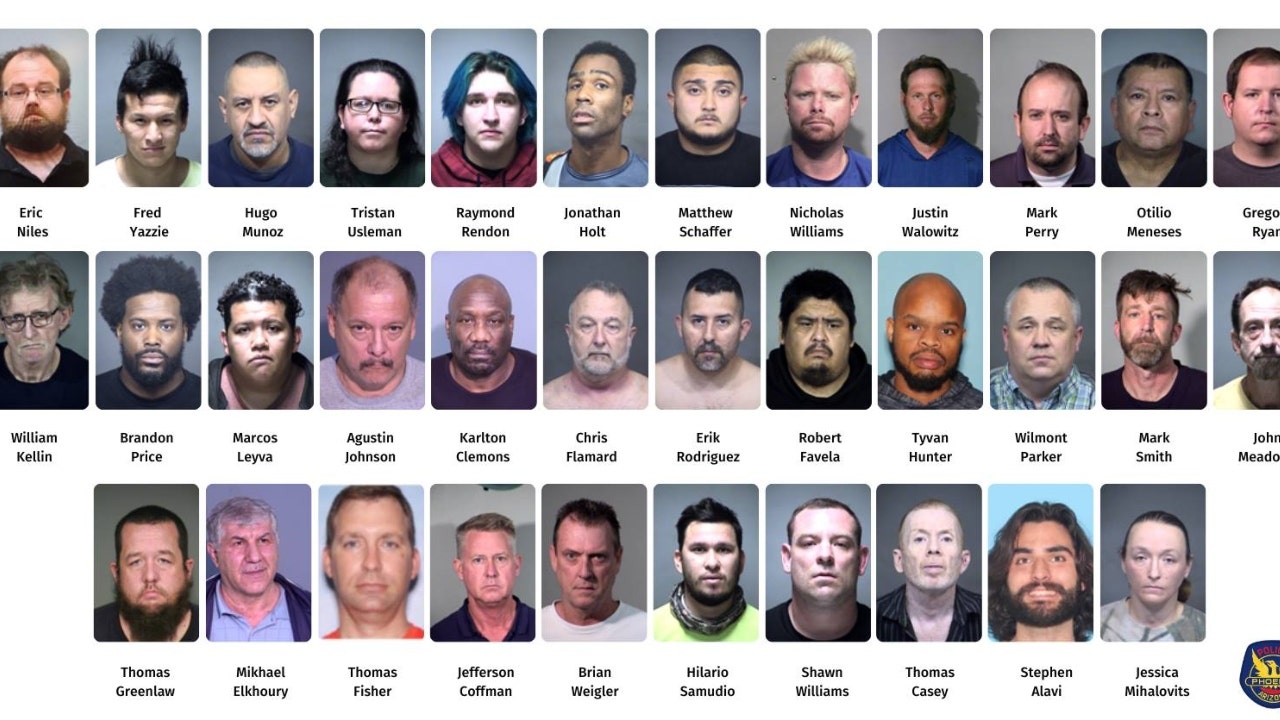 The Phoenix Police Department, in partnership with other Arizona agencies, announced 37 arrests related to human trafficking and sex crimes on Friday.

The investigation was aimed at “sexual predators involved in child sex crimes and human trafficking,” police wrote in a Facebook post on Friday.

Suspects “solicited and / or brokered deals for various sexual acts and were subsequently arrested,” police said.

Police told Fox News that the operation lasted a week and occurred in early February. Since the police posed undercover, there were no living victims in the case.

Those arrested ranged from 21 to 66, according to Fox 10 Phoenix.

The authorities are encouraging anyone with trafficking information to call the human trafficking hotline at (888) 373-7888 or visit humantraffickinghotline.org.

The anti-trafficking advocacy group Polaris, which operates the hotline, reports that more than 63,000 human trafficking cases have been reported in the past 14 years and the hotline has received more than 48,000 “contacts” – emails, phone calls, texts and other forms of communication – in the past year.