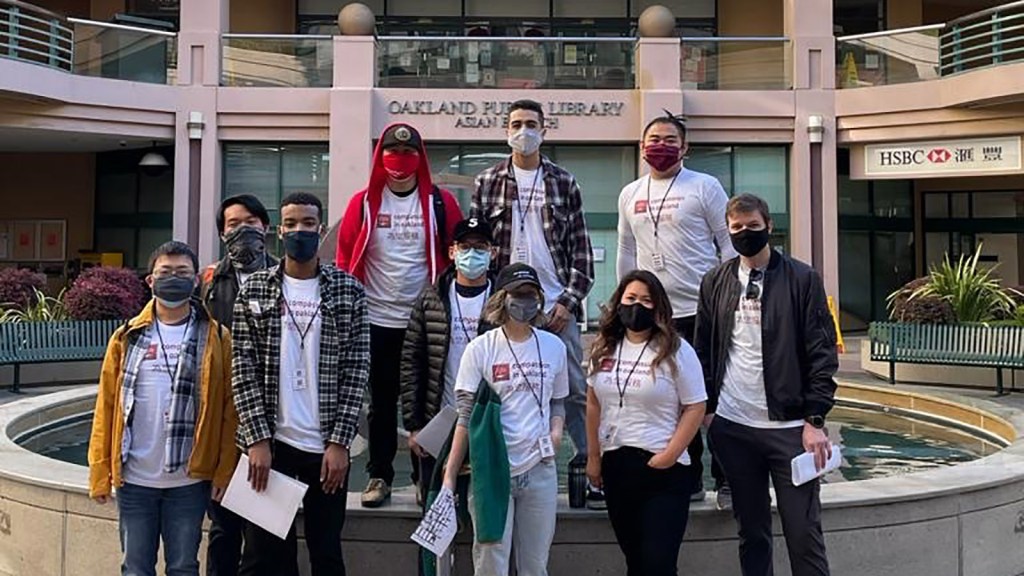 Jacob Azevedo’s stomach turned when he saw a disturbing video of an 84-year-old Thai American who was fatally knocked to the ground on a sidewalk in San Francisco.

More than 2,808 first-hand reports of anti-Asian hatred from 47 states and the District of Columbia were reported between March 19 and December 31, 2020, with 7.3% of those incidents involving Asian Americans over the age of 60, according to a report by Stop AAPI Hate, a coalition documenting anti-Asian hatred and discrimination amid the COVID-19 pandemic.

Exhausted from the violence, Azevedo offered on social media to take someone out for a walk in Oakland’s Chinatown to feel safe.

Azevedo, who is of Hispanic descent, believes this is a moment for all minority groups to show solidarity with the Asian-American community. He said people of all races and ages reached out to him and shared an equal desire to support the community.

“It’s important because this community just needs healing,” said Azevedo. “There is a lot of racial tension due to the previous president’s rhetoric, but in general our communities need healing. This is a topic that has been going on for a while. “

“This is an issue that doesn’t get much attention, especially in low-income communities,” Choi said. “And of course, I think the pandemic has tightened conditions and exposed racial differences.”

Choi said in times of crisis when people at risk are being attacked, it is heartwarming to see community members come out and take action.

The group planned a soft start to the project on Saturday with some volunteer groups on the streets. They hope to further raise awareness of the problem in the community.