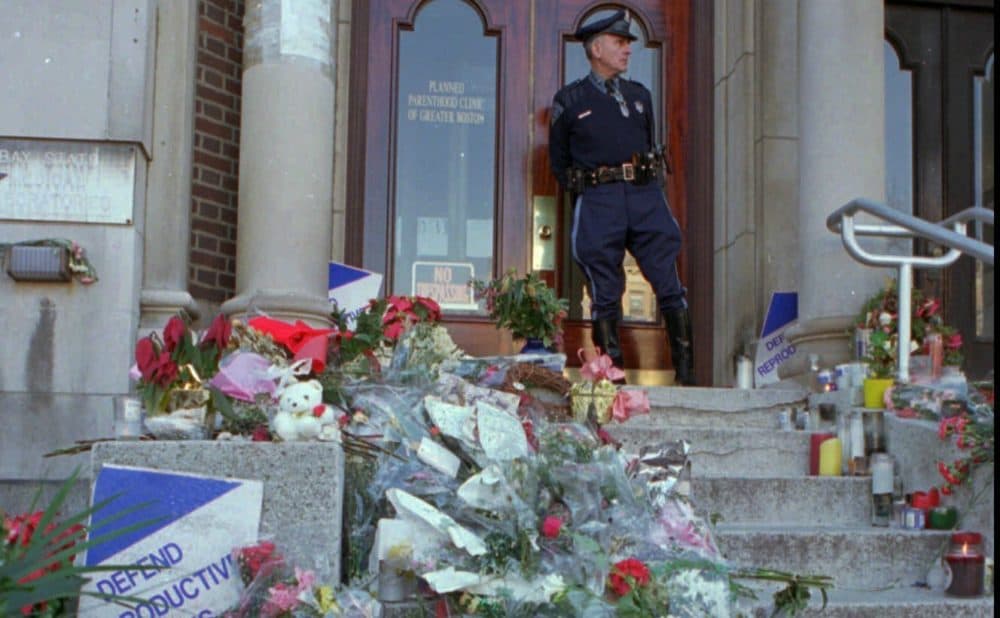 26 Years In the past, John Salvi Killed My Colleague. Now I Volunteer As An Abortion-Clinic Escort

In the next term, the Supreme Court will hear a case that undermines the right to abortion or Roe v. Wade could threaten the decision that made abortion legal almost half a century ago. After witnessing a fatal attack on an abortion clinic 26 years ago, I now voluntarily guide women past demonstrators to health clinics.

On a mild 23-degree morning under a sunny, cloudless sky on Commonwealth Avenue, a knife-blade of the arctic wind cuts off the back street. Seagulls circling above me in search of scraps. I am prepared for my shift punctually at 9 a.m., wearing a parka, woolen socks, warm shoes and layers underneath.

My colleague, a solid young woman in a bright red long winter coat, will soon join me. We both wear the neon pink and orange vests that identify us to patients and protesters alike. I think they signal “Don’t Mess With Us” but in reality they say “Clinic Volunteer” in English and Spanish. My eyes metronomically scan left to right, then right to left, and rarely stop. I scour every passerby and anyone more than half a block away looking for customers or men carrying oddly shaped bags.

I’ve taught myself to notice whenever a car or SUV is parked near the building. I write down the license plate and repeat it silently. When a patient shows up or someone leaves the building to jump into an Uber, I mentally delete the number. I like to think that maybe I could remember the record if I was hypnotized by the authorities.

I think they are signaling, “Don’t mess with us” but in reality they are saying “Clinic Volunteer” in English and Spanish.

There are some things that cannot be erased from memory, such as December 30, 1994. Anyone who worked at Preterm Health Services that day would tell you the same thing.

We were never more aware 26 years ago when a dark-haired, deranged man walked up to the front desk at our clinic in Brookline, Massachusetts. He quickly got a shotgun out of his gym bag, said, “You get that” and murdered our cute receptionist Leanne up close.

He shot and injured two others on the way out of the building and continued a killing spree that began two miles away in Planned Parenthood. There he killed one person and injured three others.

That December afternoon, just 10 meters and an office away, I heard the gunshots. On the phone with a friend, I said, “I have to go. Something strange happened… ”Then I dropped the phone on my desk. Never have it hung up. Months later, when I was overwhelmed with guilt that I hadn’t held Leanne’s hand in those last few moments, a Brookline firefighter told me that she died instantly. Little comfort.

Most of the people entering are couples with their heads down. But there are also single women of all races and ages. “Good morning. Welcome,” I say as I open the door. I smile softly, but not too broadly. You barely look up. No matter the circumstances, it’s never an easy morning.

Today is a quiet day. Not many patients and only 2.5 protesters. Mary is always handing out plastic rosaries, offering papers that look like prayer cards, and singing, “Ask to see your ultrasound. We’re here to help. “An elderly man holds a small sign in his hand, but looks like he doesn’t know what else to do. I count Martha as a half-protester. She’s in her car – that Is adorned with posters that read – well, you can imagine. She only goes out on the street to spell Mary when she needs a coffee, tea break, or just peeing at the Star Market.

Of course, there is little protection from a madman who is determined to kill or maim.

There is no buffer zone. For years, demonstrators were only allowed to stand about 10 meters from the building entrance. No more. Today you can walk as far as the edge of the sidewalk that borders the entrance. You stand six inches from my face and yell into the door. I can not help it. I can’t touch it. React. Spit or growl. It is enough that I am there to signal that this is a safe place for women and their partners. We warmly welcome you to rain, snow, sleet and sunshine. We will help them get past the demonstrators. We never assume that they need help, nor do we infantilize them.

Of course, there is little protection from a madman who is determined to kill or maim. Yes, the security guards carry weapons and are well trained. But they are inside the building, behind bulletproof windows, monitoring street cameras. We are on the street. Women and men. College kids and older people like me. People who have seen the devastation that ignorance and hatred can reap, and young people whose idealism is still tender.

As volunteers, we are warned never to speak to the demonstrators. Some younger volunteers say hello. I never do. Here’s what I would say if I could: “Hey Mary, when was the last time you took in an unmarried mother, helped her financially and emotionally through the pregnancy, fed her and her baby, dressed, housed and supported, paid for her? Education and sent them to the world loved and cherished? “

No shift goes by unless someone walks past me, looks me in the eye and softly says “thank you”. That morning it was a young guy who hadn’t shaved yet. He reached out and cupped mine in a grating grip that almost brought me to my knees. “Thanks for everything you’re doing out here.” Then he went to the other escort and did exactly the same.